Aamir Khan and Salman Khan to come together for a film! 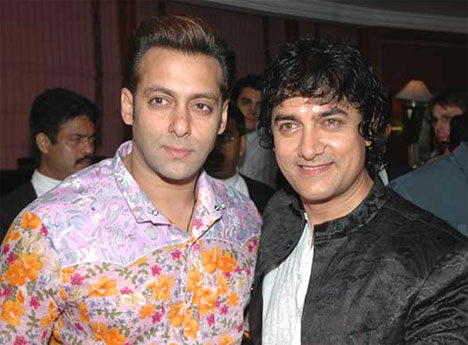 Aamir Khan and Salman Khan to come together for a film!

Salman Khan and Aamir Khan have decided to produce as well as act together in a film. While the script is still being finalised, buzz in trade circles is that the film will be co-produced by Aamir Khan Productions and Salman’s brother Sohail Khan’s production house.

A source says, “Salman and Aamir will have equal footage in the film. The rest of the cast is being finalised and the director will also soon be on board.”

That Salman and Aamir did not see eye to eye in the only film they have done together, Rajkumar Santoshi’s Andaz Apna Apna in 1994 is well-known. But all that is a thing of the past and ever since the two stars started bonding post Ghajini, they had been seriously planning to do a film together.

They were reluctant to act together for an outside banner after all these years as they had reservations whether another banner would do equal justice to them as far as the quality and the length of their roles is concerned.

Many initially thought that Salman and Aamir would again star together in the sequel to Andaz Apna Apna as director Rajkumar Santoshi has been keen on it. However, buzz in trade circles is that Aamir doesn’t want to star in the sequel.

Commenting on the story, Aamir’s official spokesperson says, “There is nothing in the offing right now. His hands are full with 3 Idiots and three films, which are under production. He is not planning any other film right now.”