After the Dhonis, Sonam Kapoor-Anand Ahuja chill on the airport floor 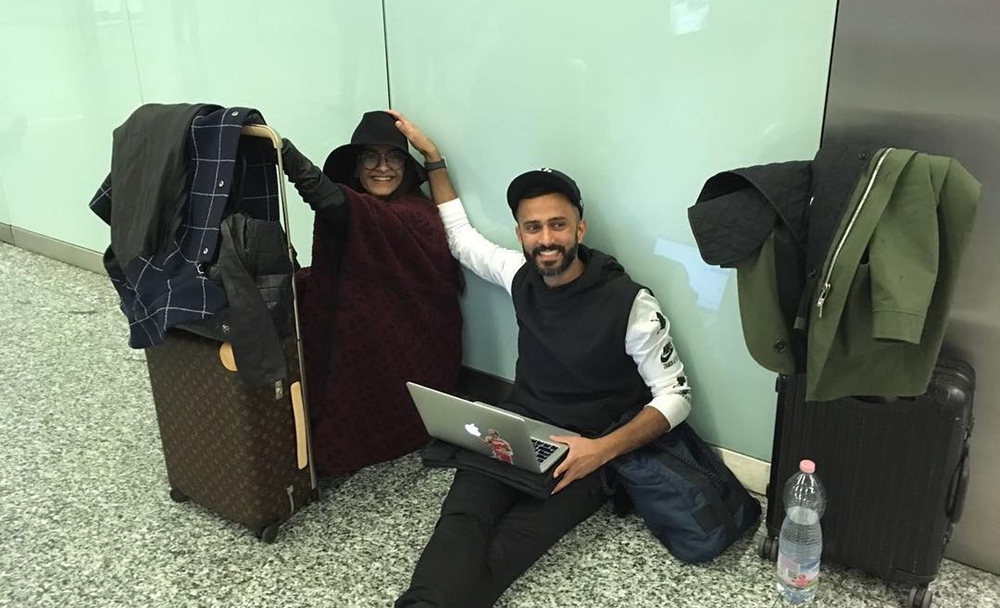 After the Dhonis, Sonam Kapoor-Anand Ahuja chill on the airport floor

After recently CSK captain MS Dhoni and his wife Sakshi Dhoni were found getting a shut eye on airport floor before an early morning flight, Sonam Kapoor and her husband Anand Ahuja also shared their a snap from their casual airport waiting session. As celebrities we may not always see them chilling as us commoners but the duo get as cool as they come.

Sonam and Anand who always post pictures of their routine work and vacay trips around the world yesterday posted throwback to the time they found comfort on the airport floor with each other. Tired, they can be seen sitting on the floor waiting for their flight.

While Sonam Kapoor is wearing a hat and a pair of big eyeglasses, Anand seems to be working on his Macbook. Taken by how adorable Sonam looks he can be seen patting on his bunny’s head.

It wasn’t just fans who praised the two for their down-to-earth demeanour and ditching the expected diva attitude. The picture has been liked by Bollywood celebrities like Tiger Shroff, Anil Kapoor, Arjun Kapoor and Rhea Kapoor.

While designer Tamara Ralph commented, “Why you guys are always sitting on the floor?” Anand Ahuja also replied to the comment writing, “lol ya. That’s the theme when we travel I guess! Plus Sonams a little bunny!” Sonam chimed into the conversation, “coz mostly only Indians can squat so low.”

On the work front, Sonam Kapoor will be next seen in The Zoya Factor opposite Dulquer Salmaan.