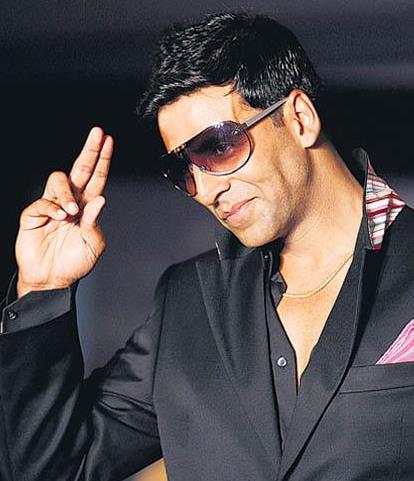 Hollywood has always been the ultimate goal for many of our Bollywood actors. Some of the big names in Bollywood have tried their hands in Hollywood films but none could not make it very big so far.

Akshay Kumar, the Bollywood superstar, has made his mark, both in the comic and action genre, is considered to be a good pick for Hollywood. But, our Akki seems to be satisfied with the tag of the highest paid actor of Bollywood now.

The actor is receiving several roles, both small and big, from Hollywood but chose not to go for them yet. Akshay thinks he is not going to fit well in Hollywood and is not willing to desert his fans here in India.

Speaking to the media in London the ‘Khiladi’ of Bollywood said, “I am happy and satisfied with the Bollywood offers. Here, I have a huge fan group to entertain and I am not going to fit in to Hollywood so I keep refusing to do projects there.”

In his next film Khatta Meetha, Akshay will don the role of a Marathi manoos ‘Sachin Tichkule’, a struggling road construction contractor. It is his fifth film with filmmaker Priyadarshan. It is going to be yet another addition to his comedy films.

Akshay thinks, making people laugh is the toughest job, which he will do again in Khatta Meetha. It is a political satire on the widespread corruption. Southern star Trisha will be playing the female lead role opposite Akshay. The film is expected to hit the Indian theaters on July 23. It is a remake of the Malayalam hit film Vellanakalude Nadu, which was released in 1989.