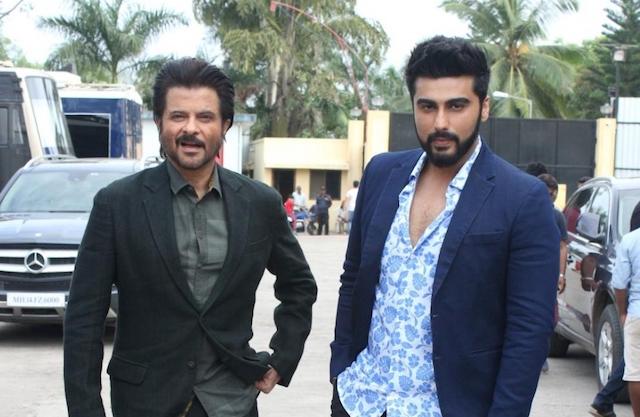 Mumbai –  Actor Arjun Kapoor will soon be seen sharing screen space for the first time with his uncle Anil Kapoor. He says it’s always been a dream for him to work with the veteran actor-producer, but he didn’t want it to be due to their personal relationship.

“Therefore, after my debut in Bollywood, I did not go to him to share my wish (of working with him) or ask around people ‘Why don’t they cast me with ‘chachu?’ I never wanted to work with him just because of our personal relationship.”

“So, when ‘chachu’ came to me saying that he read the script and he believed that I am fit for the role and that I should read the script… that was the biggest compliment for me. He considered me worthy as an actor for the role,” added Arjun, who plays double role in “Mubarakan”.

The film’s story revolves around a big fat Punjabi wedding of two brothers, Charan and Karan, and their relationship with their uncle Kartar — an NRI.

“Once you are away from your native place, you feel more attracted to your cultural roots and tradition,” said the young actor.

Giving an insight into his two characters, Arjun said: “What I liked about Charan is though he looks like a typical Punjabi ‘gabru’ with a ‘pagdi’, he is very soft at heart… he is very emotional and gets bullied by Karan… his brother who is brought up in London and is over-smart!”

“Both have totally different personalities and I found that very interesting.”

The actor believes he has become a better actor “technically” as that played an important role in the whole process.

“Since I had to act every scene twice… once with all the actors and lived every scene from two perspectives… as I am playing two characters, it was a great learning curve.”

“I think after this film, I would like to believe that I have become a better actor technically. I also feel my comic timing has improved. But yes, rest… the audience has to decide after the film’s release,” said Arjun.