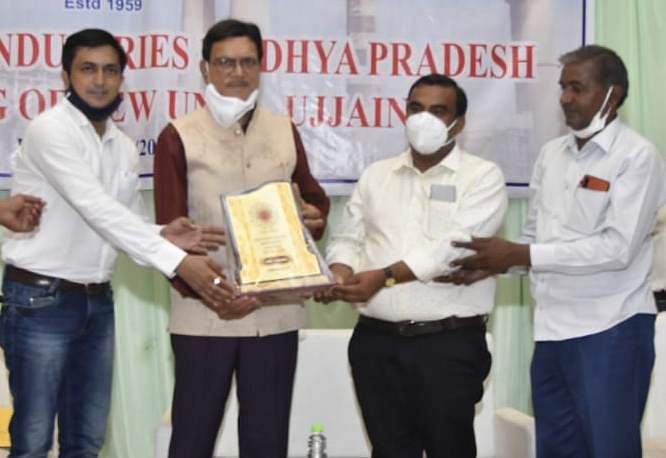 Indore: To contribute in ‘Aatma Nirbhar MP’ and also help in developing industrial area in holy city of Ujjain, the Association of Industries Madhya Pradesh (AIMP) launched is Ujjain chapter on Tuesday.

The chapter was launched in presence of many industrialist of the holy city by AIMP president Pramod Dafaria in a function held in Meghdoot Garden on Tuesday. Through the chapter the infrastructure development works of the industrial areas of Ujjain district and the basic problems of local industries will be solved. This unit will work under the guidance of the AIMP.

Addressing the launching ceremony Dafaria said that in the current situation arising out of Covid-19, there are many challenges before the industries and there are many opportunities. In this case, the first duty of the Association is to provide support to the industries.

It has always been the endeavour of the Association to solve a variety of problems of the small scale sector, ‘Government schemes should reach micro, small scale industries, expansion of industries, development of infrastructure in more and more industrial areas, of diverse manufacturing units. The chapter will help in developing the industries in Ujjain district, new start-ups will come forward, the problems of small industries will be solved, and this sector will give its special contribution in making the campaign of ‘Self-Reliant Madhya Pradesh’ successful.