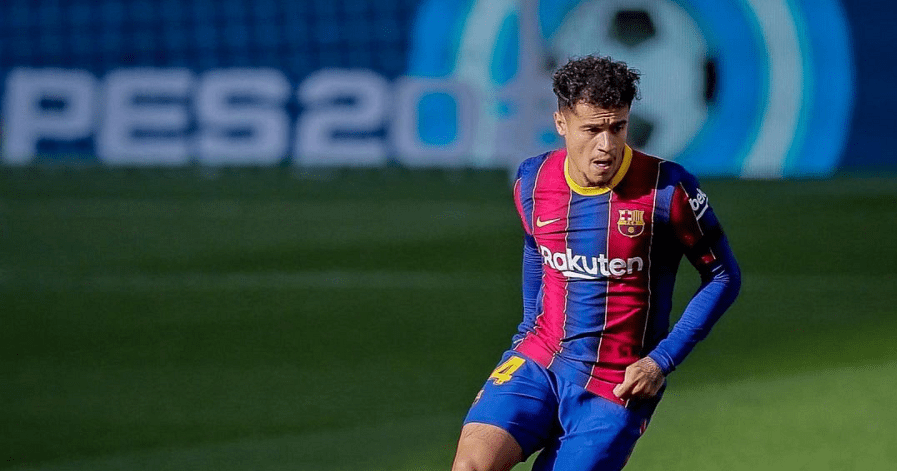 FC Barcelona midfielder Philippe Coutinho has been ruled out for 8-10 weeks after tests on Wednesday showed the Brazilian damaged the meniscus ligament during Tuesday’s 1-1 draw at home with Eibar.

Coutinho’s injury could take a heavy toll on Barcelona’s ongoing La Liga campaign under new manager Ronald Koeman, who himself has admitted that the chance to lift the league title looks ‘very complicated’.

Coutinho had to limp out of the game in the closing minutes, leaving his side to end the game with 10 men after only going on as a 65th-minute substitute. On Wednesday morning, tests confirmed early impressions that Coutinho will need an operation to repair the damage, Xinhua news reports.

“He has suffered an injury to the external meniscus ligament of his left knee. The treatment required intervention with arthroscope, which will be carried out in the coming days,” confirmed the Barca website.

The injury is another major setback for Barca coach Koeman, who is already without long-term injury victims Ansu Fati, Gerard Pique and Sergi Roberto.

Coutinho returned to the Camp Nou in the summer after his loan at Bayern Munich and began the season brightly, but his form has dipped in recent weeks and there had been speculation that with teenager Pedri taking his place in the first team, Barca could look to sell him to raise funds for new signings.

His knee injury is a double blow for the club, who now has no option to sell him in January and will lose him as another attacking option in a disappointing season.