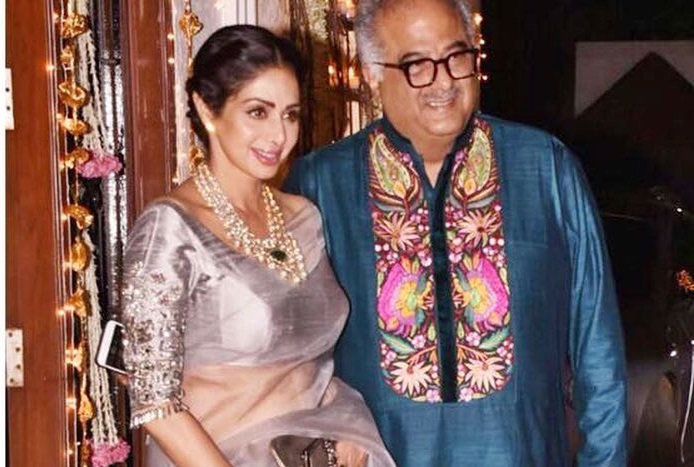 Mumbai: Producer Boney Kapoor still finds it tough to come to terms with the death of his wife and actress Sridevi, and says it is impossible to forget her. Boney broke down while talking about her in film trade analyst Komal Nahta’s talk show “Aur Ek Kahani”.

In the episode’s 40-second teaser, which Nahta shared on Twitter on Friday night, Boney is seen opening up about how he is still trying to cope up with the loss. On being asked if there is a moment in which he doesn’t miss Sridevi, a teary eyed Boney said “it’s impossible”.

When Nahta asked Boney about making a wrong financial decision, the producer replied: “There has to be someone who understands that I haven’t used my money for a wrong purpose… I haven’t lost it in a gamble or a race and I am aware of my mistake.

“In this case, if you do not have support at home, support from wife, that support you can’t find in anything.”

Why did ostentatious producer Boney Kapoor @BoneyKapoor get emotional on Komal Nahta Aur Ek Kahani? See for yourself in this trailer and then on the show on Sunday, May 5, 1 p.m. on Tata Sky’s Classic Cinema channel (no. 318). @Subhash_somani @PRIYANKAAWASTHY@sukrit_banerjee pic.twitter.com/ucD9o03ZHr

Sridevi passed away on February 24, 2018 due to accidental drowning in a Dubai hotel. She was honoured with a posthumous National Film Award for Best Actress in appreciation of her performance in the film “Mom”. Boney and Sridevi together have two daughters — Janhvi and Khushi.