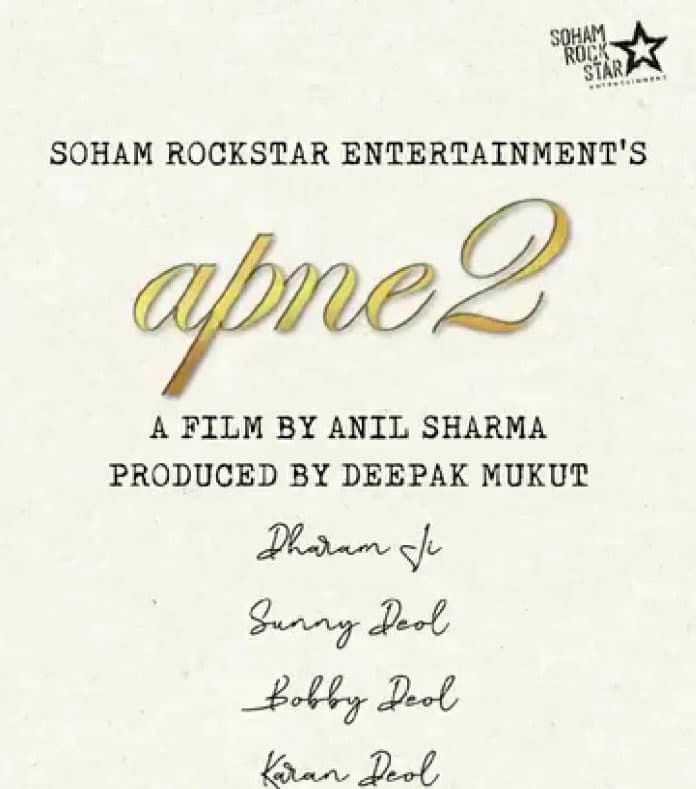 The Deol family announced their new film, Apne 2, on the occasion of Guru Nanak Jayanti on Monday. The film brings together the three generations of the family, Dharmendra, his sons Sunny and Bobby Deol, and grandson Karan Deol.

Directed by Anil Sharma and produced by Deepak Mukut, the film is expected to go on floors in March and release around Diwali next year.

Sharing a photo with the director and producer, Bobby Deol tweeted: “Back with @Anilsharma_dir to be produced by @DeepakMukut … #Apne2 in cinemas Diwali 2021.”

The family drama Apne, starring Dharmendra with Sunny and Bobby Deol, was a hit upon release in 2007. The film also starred Katrina Kaif and Shilpa Shetty.

Dharmendra and his sons Sunny and Bobby were last seen together in Yamla Pagla Deewana: Phir Se, which released in 2018, while Sunny launched his son Karan Deol last year in Pal Pal Dil Ke Paas. 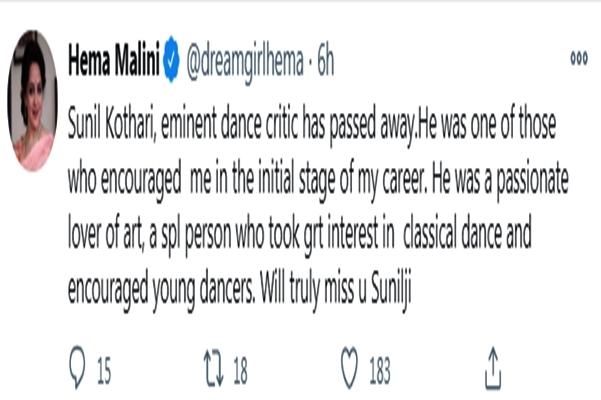