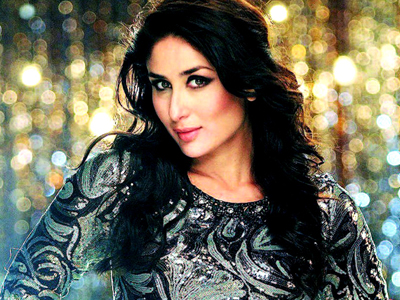 Desi-Box got up close and personal with reigning queen of the Bollywood film industry Kareena Kapoor. The Halkat Jawani star spoke to Desi-Box about her forthcoming controversial UTV film ‘Heroine‘.

Touted as an expose into Bollywood’s film fraternity, the film revolves around the life of superstar actress Mahi Arora whose career begins to decline. With the director and leading actress herself exclaiming the film to be her best performance to date, this is arguably the most hotly anticipated release of 2012.

Take a look at what Bollywood’s No. 1 ‘Heroine’ had to say about being part of the Madhur Bhandarkar directed film and much more.

DB: How did you prepare for the role of Mahi Arora in ‘Heroine’?

Kareena: I have always wanted to be a heroine ever since I was a child. I was excited about working with Madhur, working on the movie and playing the part. Actually everything just happened on the set! With Madhur’s positive energy and my excitement levels, things just flowed on the set.

DB: What was it like working with Madhur Bhandarkar as a director?

Kareena: Madhur makes films which are very serious and edgy. But as a person he is so much fun, always positive and cheerful on the sets. Even if the scenes are serious or intense we would end up all giggling and laughing like a bunch of school girls.

DB: ‘Heroine’ boasts a stellar supporting cast including Arjun Rampal, Randeep Hooda and Divya Dutta. How was it working alongside them?

Kareena: It was great working with all of them. We have an outstanding supporting cast in ‘Heroine’. Such brilliant actors who have made such a lasting impact in each role which people will see. This includes Arjun Rampal, Divya Dutta, Randeep Hooda, Shahana Goswami and even Ranvir Shorey who plays an eccentric Bengali film director. They all have carried out very interesting and hard hitting performances. I think that without this entire supporting cast ‘Heroine’ would not be as impactful as it is.

DB: Are there any specific scenes of ‘Heroine’ which you particularly found surreal?

Kareena: ‘Heroine’ has quite a bold and aggressive tone. There are lots of scenes in the film that will be quite surreal when you watch it, especially when you see the last hour of the film.

DB: In ‘Heroine’ your character Mahi Arora has difficulty in striking a balance between her professional and personal life. Being a Bollywood ‘Heroine’ in reality, how have you managed to strike such an importance balance?

Kareena: I come from a film family. I’m pretty calm and relaxed as a person and I have my head on my shoulders. My mum and my sister are constantly giving me reality checks which are good. And with being part of the film fraternity sometimes reality checks are quite important. Sometimes failures are also a reality check that is why for me, I never take success and failure too seriously. It’s not the be all and end all of life. I enjoy acting, I love it. It’s my passion and I hope to continue doing it all my life.

DB: What was it like wearing nearly 150 Manish Malhotra designed outfits for ‘Heroine’?

Kareena: I loved it. I wore so many outfits in this film. There were a variety of clothes as the film is so glamorous at points but suddenly goes to being so real when she is at home. Manish is born in the fraternity and has been working for the last 20 years. I think he’s perfect. And it’s one of his best works to date.

DB: What is your favourite song from ‘Heroine’?

Kareena: Obviously Halkat Jawani. As people have always seen me in a bubbly and fun song whether it is in ‘3 Idiots’, ‘Jab We Met’ or in ‘Ra.One’ and they have never really seen me in this desi item song vibe. Which I really enjoyed doing it! I also loved the title song Main Heroine Hoon. It’s great that we have an Indian masala song on one side and something a little classic and ultra-glamorous on the other. The response has been amazing with the audiences seeing both styles.

DB: Who is your ultimate ‘Heroine’?

Kareena: It has to beKarisma and Kajol who I have always looked up to and in Hollywood it’s undoubtedly Meryl Streep.

DB: What was it like doing the glamorous promotions in Dubai?

Kareena: We did an entry on a see plane and the press conference on a yacht. I don’t think anyone has ever done that. Obviously UTV wanted to do something dramatic in terms of Heroine, as the title itself is glamorous and glitz, so promotions had to be outside the box.

DB: How does it feel to have the film releasing on your Birthday?

Kareena: I’mvery excited that the film is coming out 21st September. I hope my fans will watch the film, appreciate it and give me a great birthday present by doing so!

DB: You’ve recently secured your place as Bollywood’s hottest ‘Heroine’ by being voted the Sexiest Woman in the World by Maxim India. How does it feel?

Kareena: (Laughs) I don’t take it so seriously. I’m like ok..it’s great. But it’s always a compliment, as every woman wants to be beautiful and sexy. However, like I said before I tend to not take any title too seriously.

DB: Being a Bollywood ‘Heroine’ you are also a fashion icon. Can you tell us about your forthcoming style diary?

Kareena: It will be a fun style book. It’s going to have tips for girls in terms of what to wear and what not to wear. It will have fun takes on clothes style, make up and interesting anecdotes that I have gone through. I think the girls will love it.

DB: What’s next for you after ‘Heroine’?

Kareena: ‘Talaash’ is releasing in November. I am also doing Prakash Jha’s ‘Satyagrah’ and a Dharma film with Imran Khan.

DB: Any last messages for your UK fans?

Kareena: I love London! I love coming there, it’s like second home for me and I hope everyone enjoys ‘Heroine’!