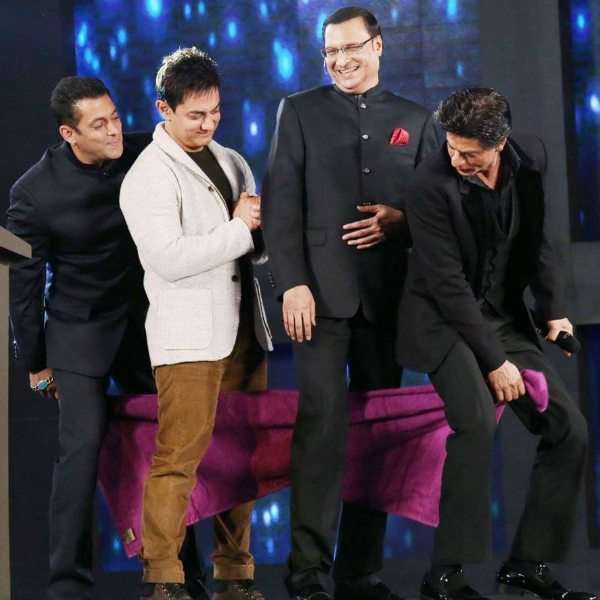 With Farah Khan taking prime time TV by storm with her cookery reality show ‘Farah Ki Daawat’, many had speculated that Farah Khan might do the undoable – bring the three Khans of Bollywood or atleast two under one roof in her show.

Farah Khan has gone on record and said that even God can’t bring the ‘Khan Trinity’ together, leave alone the mere mortals.

Farah has, however, not lost hope completely, as she says, “Let’s see, fingers crossed, if I’m able to cast Shah Rukh, Salman and Aamir together, it’ll be fabulous. Chances are less but may be some day I might just get lucky, so never say no.”

Earlier, Farah did manage to bring SRK and Salman together and made them grove in the title track of her 2007 movie ‘Om Shanti Om’, which saw 28 other B-Town stars shake a leg together. So yeah, there’s still a li’l hope.