Films with disastrous titles that ‘predicted’ its fate 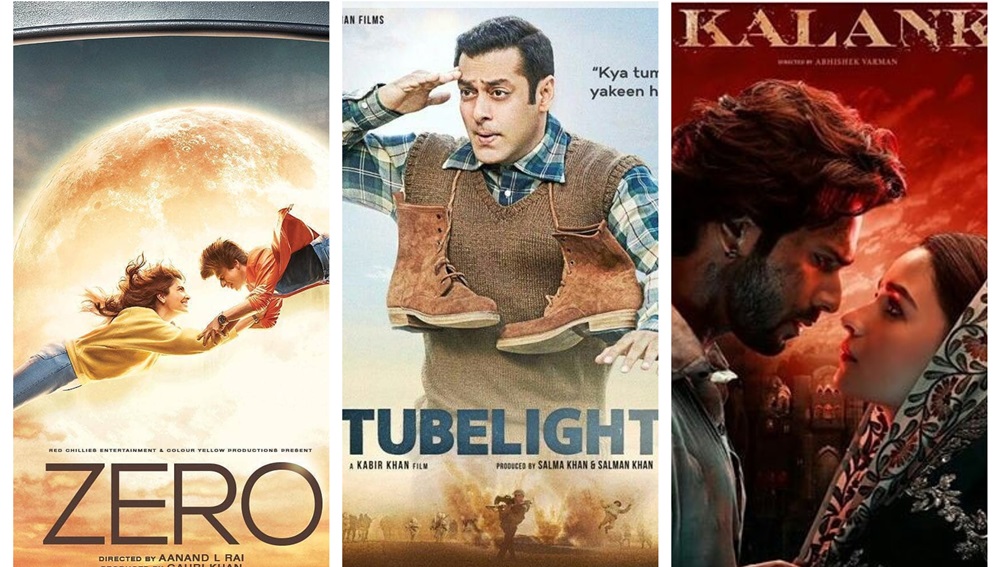 Films with disastrous titles that ‘predicted’ its fate

Karan Johar’s big budgeted ‘Kalank’ was one of the most-awaited films of the year. The film was made of a budget of Rs 80 crore with A-lister actors like Varun Dhawan, Alia Bhatt, Sonashi Sinha, Aditya Roy Kapur. The film also reunited the 1990’s jodi Madhuri Dixit and Sanjay Dutt. However within a day of release, the film much like its title has managed turned out to be a kalank at the box office with poor reviews from the audience and critics alike.

Box Office results in the last two years has managed to surprise audience with low collection and unacceptable narrative. The surprising part is that  these film’s name were the ones to ‘predict’ its fate beforehand.

‘Zero’ starring Shah Rukh Khan, Katrina Kaif and Anushka Sharma that released in 2018 was expected to make records with an amazing cast, new concept and special appearances by a 16 cameos by industry leaders. However, despite it being a festive release, the film turned out to be a ‘Zero’ at the box office collection. Shah Rukh Khan also failed to impress his fans with the dwarf performance.

Another Khan who didn’t make the cut last year was Aamir Khan. His period film, ‘Thugs of Hindostan’ that also starred, powerhouse Amitabh Bachchan promised much. However, after watching the disaster, the audience were left with a feeling of being stolen. Budgeted at Rs. 210 crore, it managed to only collect Rs. 151 crore on box office in India. The film’s fail also affect Aamir Khan who later went on to ensure fans to not disappoint them in future and work hard.

Salman Khan also faced a flop back in 2017 with the film titled, ‘Tubelight’. Who would have thought the title is how people would feel about the film too. The film didn’t just bomb at the box office but also caused Salman to pay the producers and distributors the cover up amount.

‘Besharam’ starring Ranbir Kapoor that hit theaters in 2013 came off as an unneeded and unwanted release. The film presented with a budget of Rs. 83 crore under-performed and only managed to collect 75 crore. The film exceeded the heights of Besharam-iyat with no script, terrible storytelling, poor music and disastrous acting.