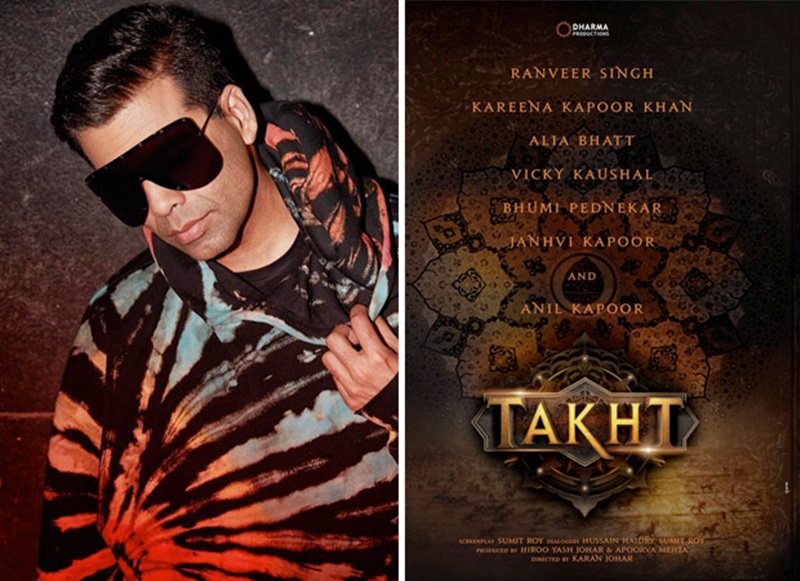 Ever since the announcement that Karan Johar would be directing Ranveer Singh, Kareena Kapoor Khan, Alia Bhatt, Vicky Kaushal, Bhumi Pednekar, Janhvi Kapoor, and Anil Kapoor in Takht, audience have been eagerly anticipating the eventual release of the film. Though, pre-production on the venture commenced a while back, we now hear that this stage of the filmmaking process is far from over. In fact, sources say that Takht which was initially expected to begin its first schedule in the middle of 2019 has now been pushed till the end of the year.

Commenting on the same a source close to the venture says, “Given that the film will be an opulent visual masterpiece and is also a period flick set against a Moghul backdrop the pre-production has taken longer than expected. This stage which was supposed to be completed a while back is far from over and will take the next few months as well. Keeping this in mind the first schedule which was expected to commence between June-July has now been pushed till the end of the year.” Ask the source for more details and he adds, “Since earlier the shoot of Takht was expected to commence in mid-2019, Karan was looking at releasing the film in the beginning of 2020. However, now with this delay the release of the film has been pushed to Diwali 2020, which is in November.”

Interestingly, this delay in the shooting of the film has been well communicated to the cast. In fact, Alia Bhatt who was initially supposed to shoot first for Takht and later move on to Sadak 2, has already begun working on the latter. While Alia has started shooting Sadak 2, Ranveer Singh who would have to jiggle between Takht and Kabir Khan’s ’83 will now focus on the sports flick.