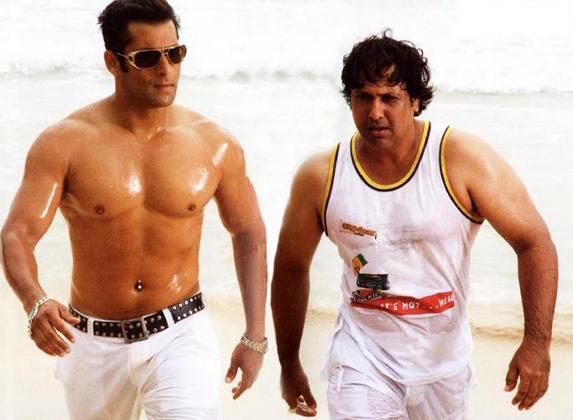 Things are not very well between two thick friends Salman Khan and Govinda. The bone of contention is said to be Govindas daughter Narmmadaa. Few years back, Sallu Miya has promised Govinda a spectacular launch of his daughter but when time came to convert his word into deeds, his priority went to Shatrughan Sinhas daughter Sonakshi Sinha.

Speaking about the tussle between Salman and Govinda, Narmada says, I am working in a film right now so I have no clue about what’s happening as regards to the film with Salman or between him and dad. I am not upset with Sonakshi. We’ve known each other since childhood and used to meet at birthday parties. The last time I met her was three years ago at Salman’s farmhouse in Panvel. I was never close to Salman but dad was. Rumours of dad and Salman having a rift started during IIFA when Salman walked the ramp with Sonakshi and not me. Rumours bada ho gaya and created a problem. But yeh sab hota rehta hai. Why would Salman launch me in a film? My dad can do that if necessary. He doesn’t need to ask anyone else.

Govinda was also not part of Dabangg success bash. He confirms, I wasn’t invited to the Dabangg party. He tries to shrug off the speculation, adding he wasn’t disappointed at being left out,  It was a Dabangg party so why should I be invited? When told about the presence of Aamir and Ghai, he says, They must have been part of the promotions. Why should I go for that? I will come for Partner 2 party.

Rumor is ripe that Govinda stepped out of the Partner sequel and he has also rejected Mahesh Manjrekars film produced by Being Human for not liking the script.

Salman and Govinda make a wonderful comic combination. We hope they keep their conflict on the side and deliver more blockbuster in the coming days.