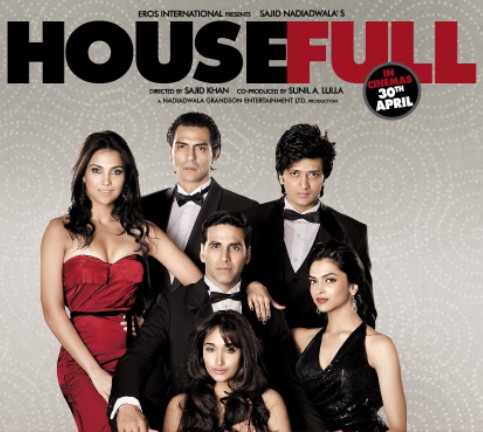 Thinking of downloading Housefull from the internet for a free view? Beware! Director Sajid Khan says he has used an anti-piracy software to make sure there are no illegal downloads of the film.

Sajid said that Housefull has used an anti-piracy and corruption software called Republique to avoid illegal downloading on the Internet.

If anyone tries downloading it, not only will the files get corrupted but their IP address too will pop up and they will be prosecuted with all charges against them as per the anti-piracy law he said.

We even have a call centre in Mumbai with 35 people on board monitoring the illegal downloading of the film. We’ve tested the process too and it worked wonders in five seconds he added.

Sajid was here at the DT Cinemas, DLF Promenade Tuesday evening to promote Housefull. Also present with him was the star cast of the movie including Akshay Kumar, Riteish Deshmukh, Arjun Rampal, Deepika Padukone and Jiah Khan.

Lara Dutta who also plays a pivotal role in the movie did not make it to the event. Releasing Friday, the movie has been produced by Sajid Nadiadwala.