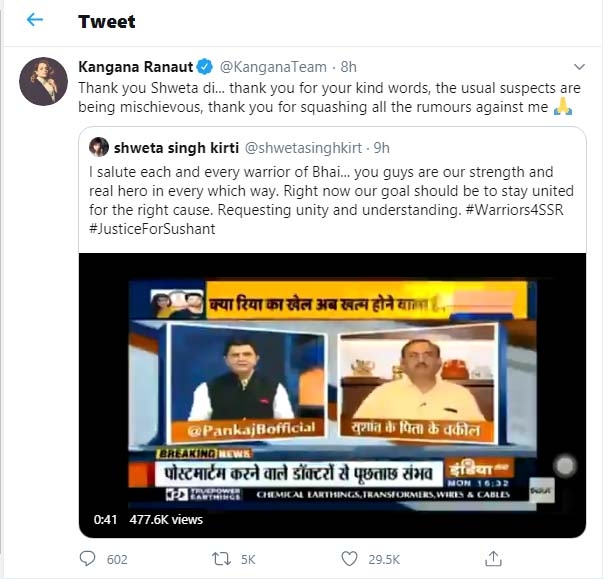 Actress Kangana Ranaut has thanked Shweta Singh Kirti, sister of late actor Sushant Singh Rajput, after the latter took to social media and expressed gratitude to each and every person who has supported the family in their fight for justice.

Shweta took to her unverified Twitter account and saluted “each and every warrior of Bhai”, saying the need of the hour was to stay united, as CBI has taken over investigation into Sushant’s death.

In the video clip, Vikas is seen talking to a news channel and saying that he had no problem with Kangana and that she spoke about whatever discrimination was taking place in the film industry very clearly.

Sharing the video, Shweta wrote: “I salute each and every warrior of Bhai… you guys are our strength and real hero in every which way. Right now our goal should be to stay united for the right cause. Requesting unity and understanding.”

Kangana re-tweeted the post and wrote: “Thank you Shweta di… thank you for your kind words, the usual suspects are being mischievous, thank you for squashing all the rumours against me.”

Senior advocate Singh has earlier pointed out that Kangana is not representing Sushant’s family in this particular case but is highlighting the general problem in the film industry. 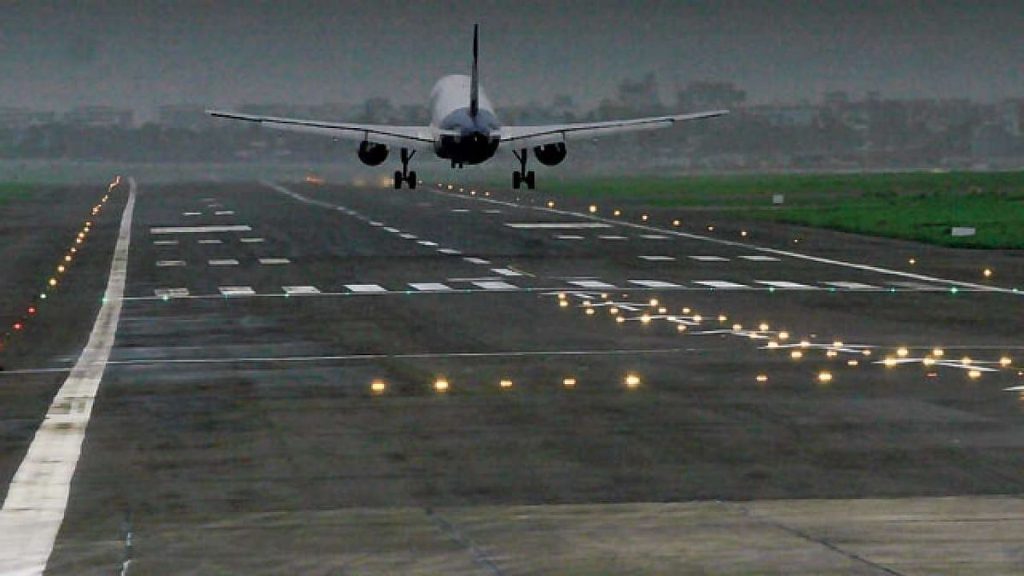