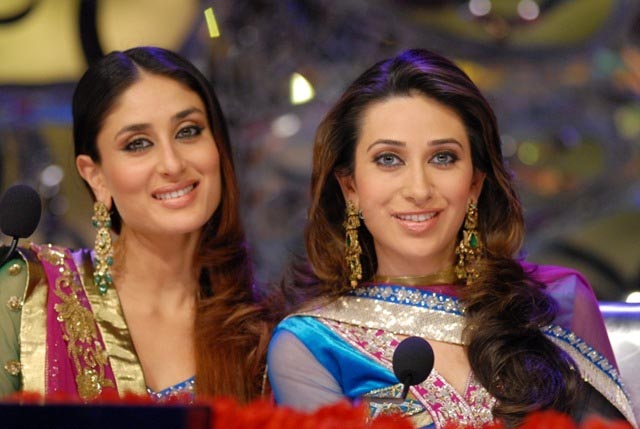 Kareena Kapoor is too busy for Karisma’s birthday. She has projects lined up and her hectic schedule has restricted her from attending Lolo’s birthday. Bebo is so busy that she does not even get time to pack up her bag for her next shooting destination. Her mother Babita helped her to pack her baggage. Kareena Kapoor has some surprises stored for sister Karisma’s birthday but life is so hectic that she had to cancel everything.

Says Kareena, "I am shooting in Hyderabadtill June 23. I land in Mumbai at 9 pmand from the domestic airport, go to the international terminal. I board a flight to Marrakech, Moroccofor Saif’s Agent Vinod in a couple of hours after that. It’s so hectic that I won’t be able to go home and pack. In fact, I have told mom to pack my stuff and meet me at the airport."

The actress is sad to miss out Karisma’s birthday on June 25, "I have asked Lolo and Samaira to come to the airport for half an hour so we can sit and chat in the car. I don’t know if Samaira can come so late at night but I’d love to have her come. I am feeling terrible that I won’t see her for more than a month."

She adds. "I told Lolo to pick up a gift for herself and that I’d pick up the tab later. There’s just no time for anything. I am shooting double shifts in Hyderabad — Rohit Shetty’s Golmaal 3 in the day and three cell phone ads at night. After the schedule of Agent Vinod in Morocco, I join SRK’s Ra.One unit in London. I will return to Indiaonly in July-end."

There’s no respite for Kareena till year-end. "I have three films to complete — Golmaal 3, Ra.One and Agent Vinod. Then Madhur’s (Bhandarkar) film starts in December. Then I am endorsing 11 brands and have performed at every award show this year. In September and October, I get busy with the promotion of Golmaal 3 and Karan’s (Johar) Stepmom. In fact, I have requested Shah Rukh to keep a schedule of Ra.One in Mumbai so I can be there to promote Golmaal 3. He has agreed."