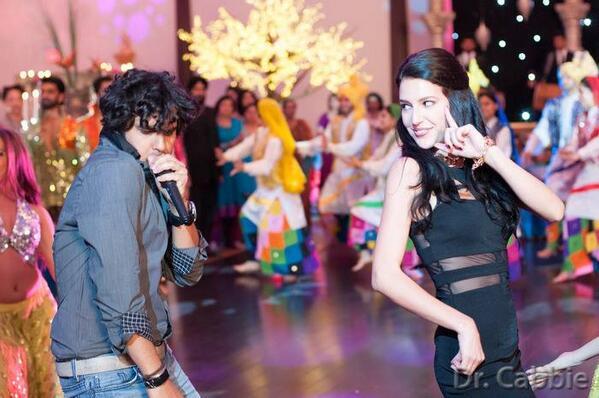 While sister Katrina Kaif began her acting career in Bollywood with ‘Boom’, Isabelle will be starting with a Canadian film. But the film’s first look does have a Bollywood touch to it. The film, which is being shot in Toronto, will be produced under Salman Khan’s Being Human (SKBH) Productions.

The film is the story of an Indian unemployed immigrant doctor-turned-cab driver,who becomes a local hero when he converted his taxi into a mobile clinic. The movie is being directed by Canadian director Jean-Francois Poulliot.

However, Isabelle is not the leading lady of the film and is paired with second male lead, Kunal Nayyar, who is famous with the hit sitcom The Big Bang Theory.

Katrina Kaif to launch her sister Isabelle opposite Salman Khan