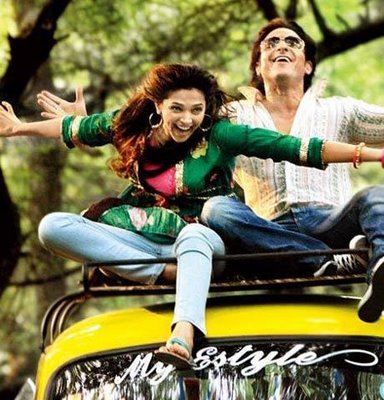 LOVE AAJ KAL has hit the jackpot. The film has done tremendous business worldwide; so much so that it is now the second biggest opener of all time with GHAJINI topping the list. While it is yet to be seen how the film sustains itself over the week, just the weekend collections have ensured that at the least LOVE AAJ KAL is a HIT.

The weekdays look promising as well since the film has held on well on Monday (unconfirmed reports indicate that the fall was only 40% when compared to Sunday; an achievement since even a 50% fall is an industry acceptable standard), there is more moolah to come due to Wednesday being a holiday (Diwali falls on this day).

All this would mean that even by conservative estimates, the film is all set to cross the 40 crore mark (just from India) at the end of first week while 45 crores is pretty much on the anvil.

Says Imtiaz Ali who continues to be grounded even though his film has turned out to be a huge money spinner, ”I am really happy to see LOVE AAJ KAL doing so well. I am even happier for people who had showed faith in the film, put their money into the project and expected it do so well. I am making rounds of multiplexes as well as single screens and it’s a great feeling to see the ‘Sold-Out’ out sign practically everywhere.”

He adds on a parting note, ”I am glad that LOVE AAJ KAL is progressive cinema. I could have gone by the popular sentiments and made another JAB WE MET but I chose not to do that. Success of the film has reaffirmed my faith that people wish to see different cinema time and again.”