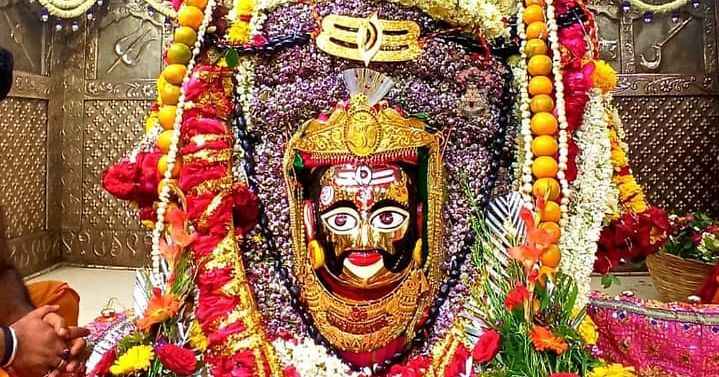 Ujjain: The bhasmarti which is usually performed early morning was performed on noon on Saturday. On early morning at 4am lord Mahakal was decked with huge floral crown (sehara), followed by a special sehara arti. The ‘sehara’ was removed at 11 am and afterward ‘bhasmarti’ was performed. According to Shri Mahakaleshwar Temple Management Committee (MTMC) hundreds of devotees were present during sehara distribution and bhasmarti.

Many devotees showed disappointment when not permitted to attend the bhastmarti at noon. As per the reports, the temple management had curbed the entry for devotees for attending the art at 10 am while hundreds of devotees were still in queue for seeking permission for arti, but as Nandi Hall got packed and there was no other room for devotees, the administration did not allow permission, following which the devotees created broil in the temple premises and the temple management had to use police force to control the devotees.