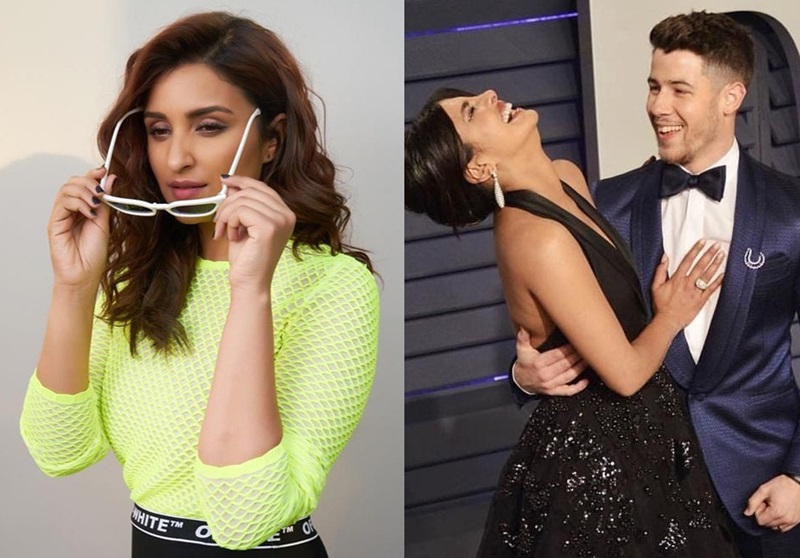 The much hyped news of Priyanka Chopra and Nick Jonas heading for a divorce took everyone by storm, when there were articles out with maligning details on the relationship of the newlyweds. Reports suggest that the Jonas’ have decided to approach the matter legally.

On the other hand PC’s sister Parineeti referred to an article by a New York-based portal that hit out at Priyanka Chopra Jonas, she told HT that it was terrible. “All I will say is that it was a terrible article. But whatever my reaction was remains between us [family]. I don’t need to talk about it as it’s not for public consumption,” she said.

When quipped if such stories make her angry, the Kesari actress states, “Honestly, I don’t really get angry as it’s not a part of my genetic built. Main kisi se zyaada argue bhi nahi kar sakti hoon. Even if I fight with someone — which hardly happens — it will be more on the emotional side. I am not that kind of a person, who will get angry and walk away. As for that article, like I said, public karna hota toh main tweet kar deti but it was very personal. But clearly, they were wrong because they removed it. And the whole world retaliated as everyone could see that it was absolutely fake and cr*p.”

“Nick was really invested in everything, including the traditional jutaa-chhupai. I think more than the value of the gifts, it was the surprise element that floored all of us. So, we were supposed to take Nick by surprise but he was the one who surprised us. He was fully prepared for everything. He gave gifts to each and every one. I was also the bridesmaid in the Christian wedding. I don’t want to talk about the gifts but Nick has given all of us beautiful memories,” the actress added.

Meanwhile on the work front, Parineeti is basking in the success of her recent release Kesari alongside Akshay Kumar. Her upcoming projects include Jabariya Jodi, Sandeep Aur Pinky Faraar, Saina Nehwal biopic and Bhuj: The Pride of India.