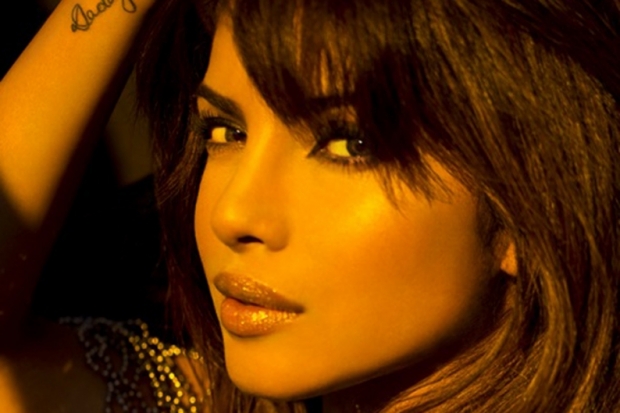 The multi-talented actress and singing sensation Priyanka Chopra has officially been signed to star in forthcoming Yash Raj Production ‘Gunday’, with Ranveer Singh and Arjun Kapoor.

Originally rumoured to have Katrina Kaif as the leading lady, director Ali Abbas Zafar confirmed on social media website Twitter this week that the In My City singer will essay the role of the female protagonist.

Ali Abbas tweeted “So finally we have leading lady for GUNDAY….Priyanka Chopra will star opposite Ranveer Singh & Arjun kapoor.”

Furthermore Ali Abbas also confirmed to his followers on Twitter, that the film will start shooting this year. “GUNDAY goes on floors in December, film will be shot extensively in Calcutta , Dhanbaad & UP.”

Set with the backdrop of Kolkata’s turbulent times from 1971 to 1988, the film has been confirmed as a period drama that revolves around the rise of Bikram and Bala from being small time wagon breakers and coal thieves, to becoming the biggest and most powerful black marketing mafia men.

“A rare combination of vigour and wit, the two were inseparable and the city of Calcutta swore by their friendship, as their notoriety became the stuff of legends. The People of this sprawling city started calling these two carefree rebels–‘Gunday‘.” A Yash Raj press release added.

Whilst this will be Priyanka’s second film with the acclaimed film company after Pyaar Impossible (2010), both Ranveer and Arjun launched their careers in Bollywood under the Yash Raj banner with Ranveer in Band Baaja Baarat (2010) and Arjun in this year’s sleeper hit Ishaqzaade.

Desi-Box is sure that with Ranveer, Arjun and Priyanka in the film, we are all in for some powerhouse performances.