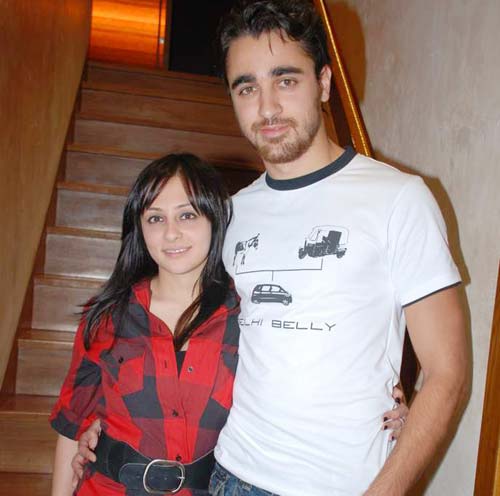 There have been many rumours about how Imran Khan will wed his girlfriend of many years Avanitka Malik. The couple had set their mind on some date in January 2011, they were not sure how they would want to go about it. While some suggested a nikaah, some advised on a big reception.

But both Imran and Avantika agreed on one thing, they wanted a quiet affair. It was during the shooting of Break Ke Baad, that Imran Khan finally decided to go for court marriage. The inspiration came from the director of the film, Danish Aslam, who has had a court marriage with actress Shruti Seth not too long ago.

So, as of now Imran has decided that he will have a very private, court marriage at his house in the second week of January, next year.

Confirming the same, Imran says, I am from a Muslim family and Avantika belongs to a Hindu family. I personally didnt want to commit our wedding to one religion or other. We felt the best way for us would be to keep it neutral and have a court marriage. Danish was in the same situation and so went for a court marriage.

Kareena Kapoor has never seen a village before