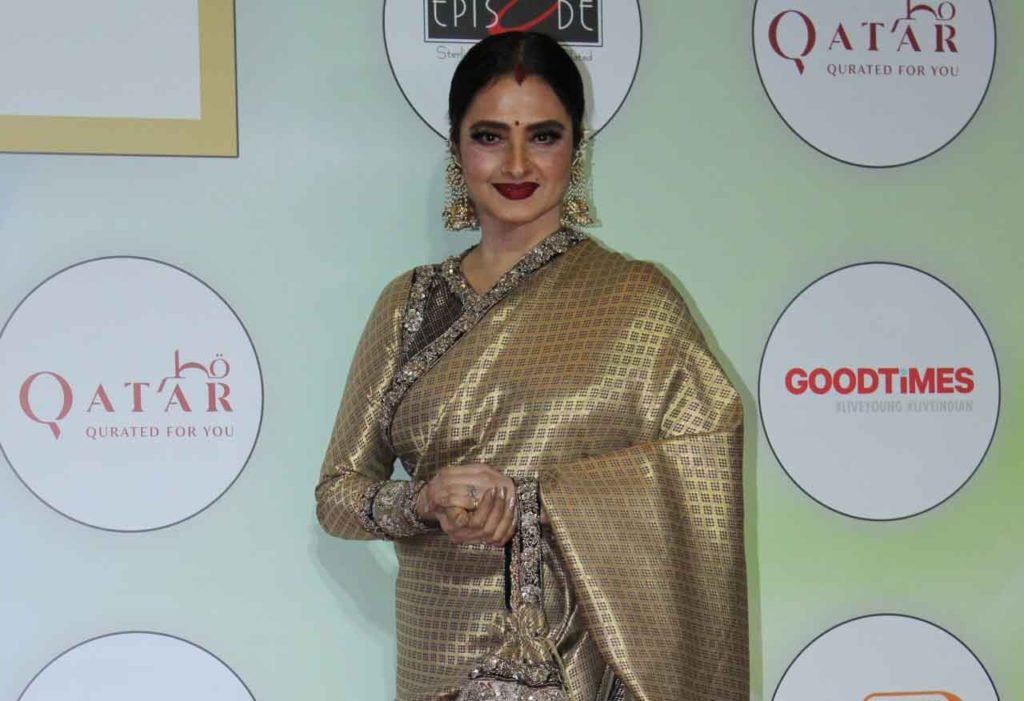 Veteran actress Rekha gave a hilarious response when she stood next to megastar Amitabh Bachchan’s photograph during a recent calendar launch in the city.

The veteran star was spotted at the annual calendar launch of celebrity photographer Daboo Ratnani.

While posing next to a set of photographs the actress left the paparazzi in splits, according to pinkvilla.com. As the 65-year-old actress struck regal poses for the shutterbugs, she walked towards a corner that had photos of Big B among several other popular celebrities.

In a clip, as she neared the photograph, she is heard saying: “Yahaan danger zone hai (this is danger zone)!”

This is not the first time that Rekha has avoided getting clicked near Bachchan’s photograph. Earlier, too, she was once seen moving away from Big B’s photograph at an event.