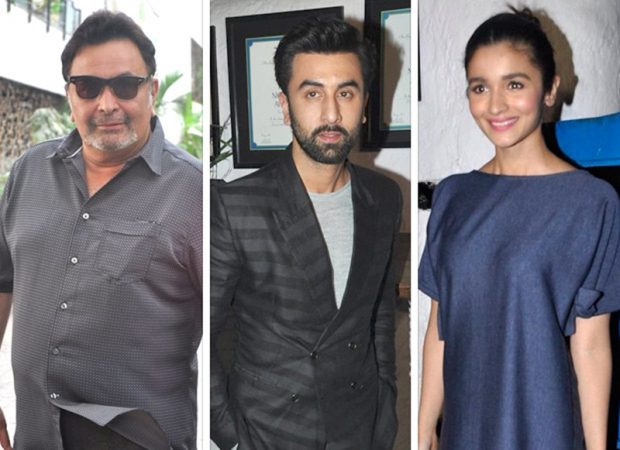 Alia Bhatt and Ranbir Kapoor are in a relationship which Ranbir made official on record by talking about her. He also went on record to say how Alia’s love is making even water taste like sherbet and then as if that wasn’t enough, soon both of their families too started talking and bonding on social media which proved that Bhatts and the Kapoors are soon going to be one.

Rishi Kapoor also green-signaled Ranbir-Alia’s marriage rumours happily when he said, “It’s Ranbir’s life. Who he wants to get married to is his prerogative. Neetu likes her, I like her, Ranbir likes her. Get it? I can’t be judgmental. After all, my uncles Shammiji and Shashiji and I chose our life partners. Ranbir is entitled to choose his.”

We were glad that Rishi Kapoor has no issues with Alia, but let’s not forget his history with all the girls Ranbir has dated in the past. Rishi Kapoor is known for his short-temper and once got mad with Katrina Kaif for calling him ‘Papa’. He angrily reacted to her statement saying, “Papa. Rubbish, she wouldn’t dare to take such liberties with me. Why am I always being dragged into his (Ranbir’s) private life? I’m not the sort to duck questions. As far as I’m concerned, Katrina has been very well behaved. I worked with her in Namastey London.”

But talking about Ranbir’s another ex-girlfriend Deepika Padukone, she pretty much had a good impression on Rishi Kapoor. He and Neetu in fact still are very fond of Deepika.