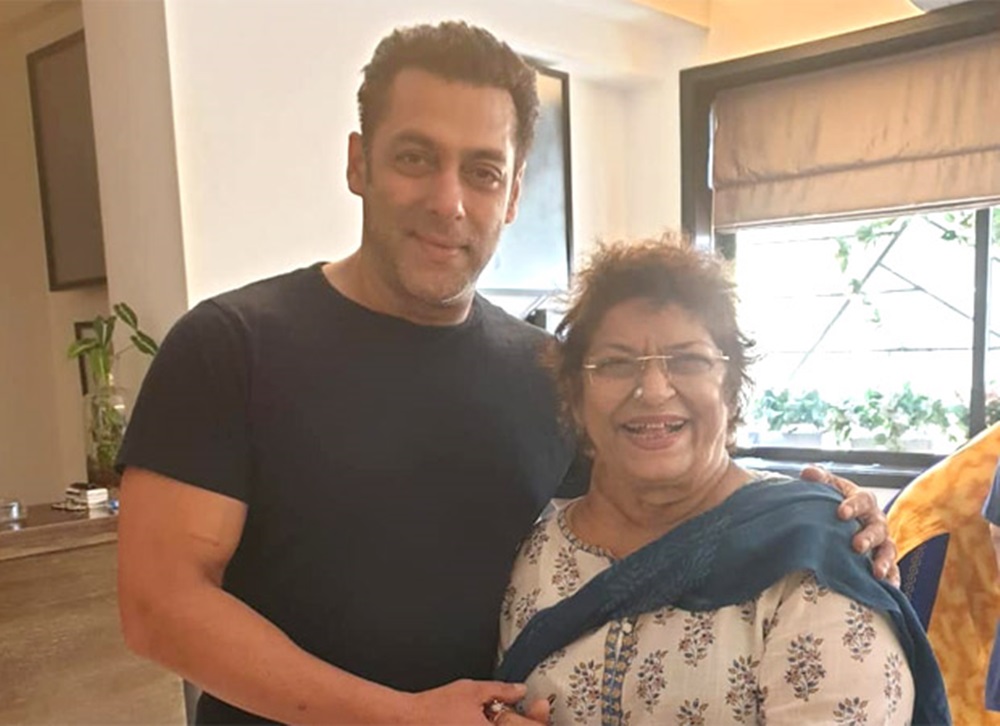 Salman Khan is known for his generous heart. And it seems that the veteran choreographer too was left impressed by the superstar’s generosity recently. She recently stated in reports about what it was like to meet the Khan after so long and how they planned on collaborating soon. Although she didn’t reveal much details on what they are working on, reports have it that they may be joining hands for Dabangg 3.

Saroj Khan recently revealed to reports that she met the superstar Salman Khan and the duo came up with an idea for a possible collaboration. The famous choreographer has worked with many superstars in the past including Salman Khan. Extending an olive branch to each other, the superstar and choreographer decided to let their 90s fallout be bygones and patched up last year. And now when the actor met Saroj Khan recently, he asked her about her work commitments.

According to latest reports, Saroj Khan too responded to the actor’s question honestly confessing that she doesn’t get work anymore from films and that she is currently teaching classical dance to young actresses. But knowing the actor, he was more than happy to join hands with Saroj Khan and assured that they will work soon. The choreographer was all praises for the superstar adding that he is a man of his word.

Also, the choreographer was highly impressed by Khan’s gesture of meeting her grandson Aryan. Elaborating on it, Saroj Khan mentioned in reports that her grandson Aryan, who seems to be a little unwell these days, was keen on meeting Salman Khan since he is a huge fan. When the superstar got to know about it, he asked Saroj Khan and her grandson to visit the actor at his residence. She explained that the actor not clicked photographs but also asked Aryan to come and meet him on the film sets once he gets recovered fully.

Meanwhile, Saroj Khan has reunited with Madhuri Dixit for Kalank and has choreographed the song ‘Tabahi’ from the film which will see the 90s diva dancing her heart out.