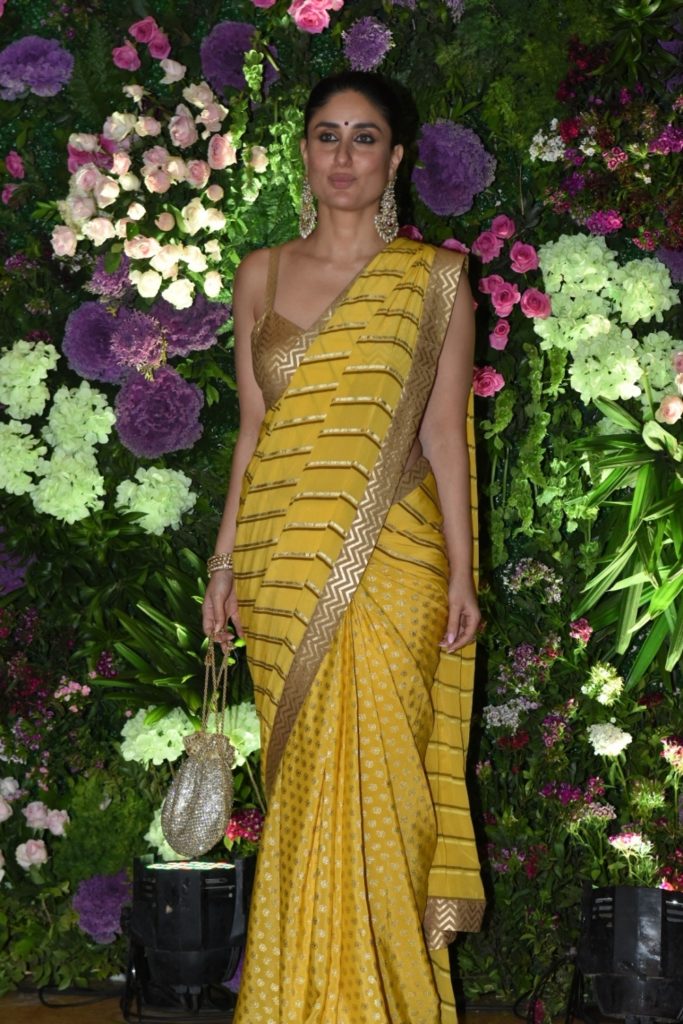 Actor Armaan Jain recently got hitched to Anissa Malhotra, and their wedding festivities were no less than what we see in Bollywood films — especially the couple’s reception, which was attended by who’s who of the industry.

Making their presence in stylish outfits were Shah Rukh and Gauri Khan, and Mukesh and Nita Ambani. Armaan’s cousin Ranbir Kapoor was there too and so was Alia Bhatt. His cousin sisters Karisma and Kareena Kapoor were spotted as was aunt Neetu Kapoor. Rekha, Rani Mukerji, Kiara Advani, Shilpa Shetty, Malaika Arora and Arjun Kapoor were also on the guest list at the post-wedding function.

The guests broke into impromptu dance moves. From Shah Rukh Khan and wife Gauri, to Karan Johar to Armaan’s cousins Kareena and Karisma Kapoor, a slew of celebrities set the dance floor on fire.

A lot of videos are doing the rounds on the Internet show SRK in a complete fun mood. He grooved to ‘Kajra re’ along with Gauri and Karan. In one video, Shah Rukh and Gauri are seen dancing to ‘Sadi gali’.

SRK even narrated the love story of Armaan’s parents Rima, the youngest daughter of late Raj Kapoor, and Manoj Jain. While dancing, SRK sported a fake moustache to play Manoj.

Kiara Advani was also spotted at the reception. She danced to the song “Sauda khara khara” from her film “Good Newwz”.