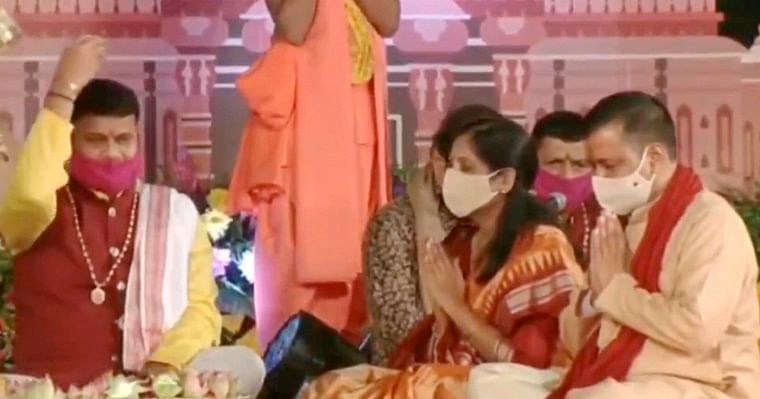 Kejriwal on Wednesday had shared a video message on Twitter, inviting people to virtually join him for the pujan. “As two crore Delhiites will together perform Lakshmi Pujan, marvellous vibes will be created across Delhi and all the visible and invisible forces will bless them,” he had said.

The Delhi government has imposed a complete ban on sale, purchase and bursting of firecrackers till November 30, in view of rising pollution levels and the COVID-19 pandemic. Kejriwal had also appealed the masses to not burst firecrackers, in a televised address, earlier this week.

People in Delhi woke up to a further spike in air pollution as the city continued to remain engulfed in a blanket of smog post-Diwali with the air quality index in ‘severe’ and ‘very poor quality’ at several places on Sunday morning.

The air quality dipped to “severe” at several places across the national capital on Saturday night itself owing to a combination of stubble burning and firecrackers burst during the Diwali celebrations in violation of a ban on the same.

The Air Quality Index (AQI) for PM 2.5 pollutant stood at 481 in Anand Vihar, 444 in IGI Airport area, 457 in ITO, and 414 in Lodhi Road area, all four in the ‘severe’ category, at 11 pm on Saturday, according to the DPCC data. This came as many burst firecrackers in violation of the complete ban on the sale and bursting of firecrackers in the national capital by the Delhi government and the National Green Tribunal.