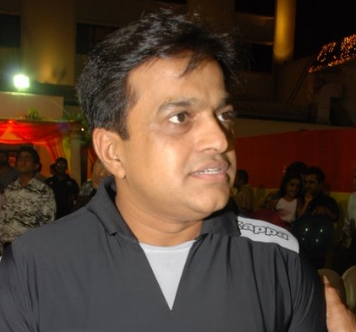 Vivek Shauq well-known actor, comedian, writer and singer started his career in theatre and television. Vivek died a few days back after undergoing a liposuction operation. According to sources his condition was critical. He was admitted into hospital after suffering a heart-attack. He was on a life support machine, where he had slipped into a coma. And it was on 10th January where he died.

Vivek has been known for his comic stints, he has appeared in many hit films like Gaddar, Koi Mil Gaye, Aiteraaz and Life Partner to name a few.

Vivek leaves a young family behind while the Hindi film industry are mourning the loss of a great artist.

Akshay Kumar tweets; This is a message, actually its more of a request, for all those who have had the pleasure in knowing & watching Vivek Shauq to whom we lovingly & respectfully say goodbye for he is sadly no more… I was shocked but even more i was so saddened when i got the call this morning, Vivek was not only a great colleague but a dear friend of mine who lived only to make people laugh, it almost feels selfish to think i will miss a man 4 making me laugh, but he did, his life was so much about other people’s happiness. To think he was so young also, i will say this now & always please take care of yourself & ur family’s health, we are nothing without it, as sad as it is that my friend has passed away, it is only his family i feel so much for right now. My love & prayers go out to all his loved ones, i will miss u my friend.

We here are at Desi Box are saddened by this news and convey our sincere condolences to the Shauq’s family and friends.