Who is Sravani Kondapalli? All we know about the actor who allegedly committed suicide 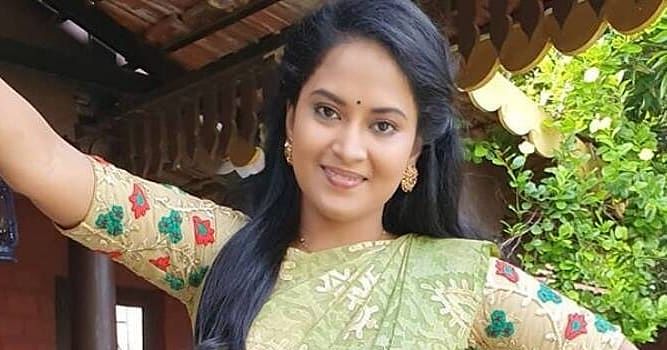 Who is Sravani Kondapalli? All we know about the actor who allegedly committed suicide

Telugu television actress Kondapalli Sravani allegedly committed suicide at her house in Hyderabad. The 26-year-old artiste was found hanging at her residence in Madhuranagar on Tuesday.

She has featured in popular serials like ‘Manasu Mamatha’ and ‘Mounaragam’. Sravani also starred in the 2018 film ‘Bhaagamathie’ and had been in the industry for over 8 years.

Here’s all we know about the alleged suicide so far:

The family members said she went to her bedroom and closed the door. They thought she was taking a bath but when she did not come out for a long, they broke the door open and found her hanging. They shifted her to a hospital where the doctors declared her brought dead.

The police shifted the body for autopsy and took up the investigation.

While the family alleged that she resorted to the extreme step due to harassment by her former boyfriend Devaraj Reddy, the police said the family had admonished her for moving around with him even after lodging a police case against him a few months ago.

S.R. Nagar Circle Inspector Narasimha Reddy said their preliminary investigations revealed that the family members had pulled up Sravani for again moving around with Devaraj and after an argument with her mother and brother over the issue late Tuesday night, she went to her room and hanged herself.

Police sent a team to Andhra Pradesh’s Kakinada town to arrest Devaraj. “Since Sravani’s family is making an allegation, we will arrest and question him,” the Circle Inspector added.

The police officer said Devaraj was arrested on a complaint by Sravani in June that he was pestering her to marry him.

The family members alleged that Sravani took the extreme step as police had failed to act on her complaint against Devaraj.

Devaraj had come into contact with the actress through Tik-Tok a few months ago. The friendship between the two turned into love.

Sravani’s family said he started harassing her for money. Devaraj had threatened to post her personal photographs and videos on social media, the family said. Devaraj had agreed to delete the photographs on payment of Rs 1 lakh and they had paid the money in installments through Google Pay.

However, he allegedly continued to harass her even after receiving Rs 1 lakh and she lodged a complaint against him at the S.R. Nagar police station on June 22.

The police, however, claimed that there was no mention of videos and photographs in the complaint.