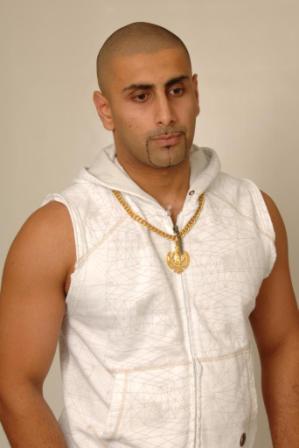 This is the official Singing debut for the hottest new Punjabi Singer Onkar Singh (Better Known as Lightnin MC) collaborating with the UK Based Pakistani pop sensation Majid Khan. Majid Khan and Onkar Singh (A.K.A Lightnin MC) have teamed up on this addictive hit to bring you a ground breaking fusion displaying the cultural Punjabi influences of India and Pakistan.

Onkar Singh (Lightnin MC) has been known for his hits as debatably the best Asian MC in the British Asian music industry and it is fair to say that he is completely taking the Desi scene by storm in his phenomenal debut as a Punjabi Singer. Famous for his rapping career built upon by his hits with RDB, Manak-E, Notorious Jatt, Play-az Lab, Majid Khan to name but a humble few, he is now turning the tables on the genre in which he has so famously rapped in by launching himself as a Punjabi and Hindi Singer.

Majid Khan has stamped his name into Desi scene with his debut track ‘Oh Kurri’ and the followed up with his album ‘Maj-nificent’ also featuring Lightnin MC (Onkar Singh) in his rapping form. Pichlee Gallee is a carefully crafted piece of work Co-Written and Co-Sung by these two sensational singers (Majid Khan and Onkar Singh) in the most exciting ‘duet’ song the Industry has seen. It also features Lightnin MC (Onkar Singh) rapping on the track and displaying his diversity as a singer and rap artist.

The official track will be released later this year but this Timbaland underground mix with exclusive video footage is enough to wet the appetite for the meantime. This is purely a promotional track and those involved with this song are heavily against sampling and passing off any piece of work done by another artist as their own work. The Timbaland instrumental has just been used as an example to give the fans a taster for what is yet to come in the final piece which will be delivered to you later this year with an exclusive video airing on all major TV channels.

Two Different cultures, Exclusive Video Footage, The Best Bhangra MC turned singer, Lightnin MC Rapping, Lightnin MC singing in Punjabi, Lightnin MC Re-born as Onkar Singh the Punjabi singer, Majid Khan the British pop sensation, Timbaland Underground Mix and Play-az Lab working on the official single… You would think that’s enough hype to make this a hit song even before you have heard it? But don’t believe what you are hearing… Help yourself understand that this is a serious hit, what you waiting for?

Check out the websites for the artists involved in the making of this song.
Relevant Bookings, or media enquiries can be made at each artists website.

THE OFFICIAL SINGLE PRODUCED BY PLAY-AZ LAB WILL BE OUT THIS SUMMER.