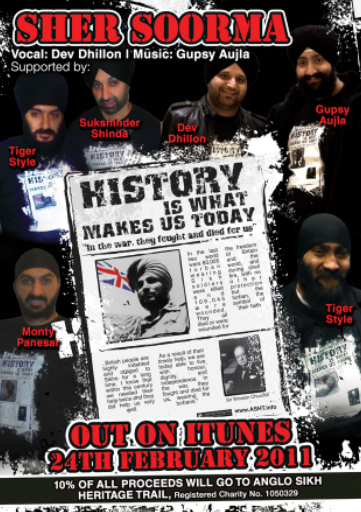 Project is dedicated and pays a tribute to the sacrifices of each fallen soldier who fought bravely during the two World Wars. It was during these wars when thousands of young Sikh men enlisted into the British Army, carrying on a proud tradition of bravery and valour.

Sher Soorma has been vocalled by Dev Dhillon, who appears courtesy of Aman Hayer. An awe inspiring intro has been provided by the supremely talented Jelly Manjeetpuri, who is one of the most influential figures in the Punjabi music industry. The song, which was painstakingly written by Shiv Malr and Dev Dhillion, has been given a powerful music backdrop by Gupsy Aujla, who adds his experience and desi touch to the single. The song also features sarangi played by the world famous ‘sarangi master’ Jatinder Shergill.

The video for the song, which was shot by acclaimed director Guvy Heer, features war footage of the Sikh Regiment during World War 2. Jarnail Singh project manager managed to secure exclusive access to Whitthington Barracks, the home of the Staffordshire Regiment of the British Army.  The team were also given exclusive access to RAF Cosford.

Talking about the single, project manager Jarnail Singh stated; We initially sat down to find a project where we could educate and remind the younger generation about our Sikh history and our identity, we wanted to put into format were it would be easier to put across. We concluded that the legacy of the Sikh Regiment, who fought proudly during the two World Wars was a perfect example which we could use for ‘Sher Soorma’ 10% of all profits raised, including; iTunes sales, T-Shirt sales, PPL & PRS will go to the Anglo Sikh Heritage Trail, who do an invaluable job in promoting Sikh history.
Sher Soorma will be releasing 24th February via iTune 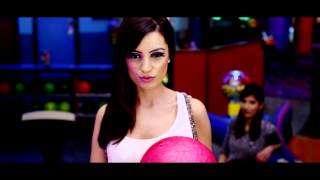