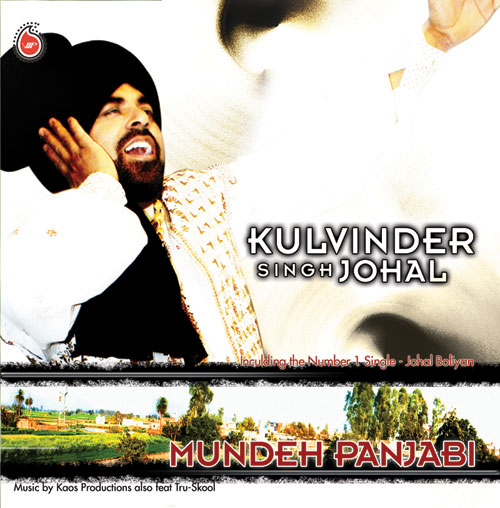 The 10 track album has been produced by Kaos Productions & also features three singles by Tru Skool; the producer behind Johal Boliyan which spent an incredible seven weeks at the top of the BBC Asian Network digital download chart.

With Johal Boliyan already a firm fixture for dance floors across the UK, Mundeh Panjabi promises to deliver further anthems, only adding to the already long list of hit songs by Kulvinder Singh Johal.

The single Sun Baliyeh was given its exclusive first play on the distinguished Nihal show on BBC Radio 1, with Mundeh Panjabi being premiered by Bobby Friction on the BBC Asian Network.

The album will be supported by another high quality video medley for the tracks Mundeh Panjabi and Sun Baliyeh which will be airing shortly.

With Johal Boliyan still riding high in the charts, Mundeh Punjabi is set to become the essential sound track for the summer.