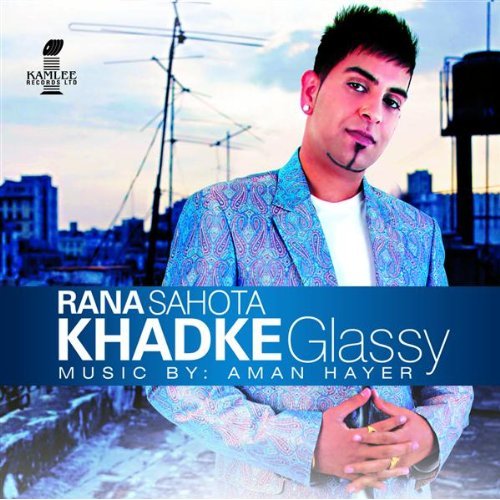 The teen sensation has used the influences of his world-famous uncle and his own passion of music to unleash a 10-track album brewed with thoughtful lyrics, dance floor grooves and all fermented by the sublime production skills of Aman Hayer.

Already being tagged as the soundtrack of the urban Asian, ‘KHADKE GLASSY’ allows Rana Sahota to step away from the dhol and now take centre stage. With mega-producer Aman Hayer and smash-hit lyricist Amarjit Musapuria at the controls, the album is a synergy of flavours and opens with the powerful and beat-fused title track.  Delve into the playlist and you will find a number of renowned writers in Satti Khokhewalia, Amrit Saab, Gurmit Billichao, Jassi Nauli wala and Rana’s uncle Palvinder Dhami (Heera).

Mixed amongst the earthy, raw beats, the title track stands out for its upbeat tempo which is reminiscent of the fresh Bhangra sound Aman Hayer has single-handedly made his own and will be certain to get everyone moving towards the dance floor. The chilled ambience of ‘Pyar’ will further enhance the credentials of Rana Sahota with a chill-out video shot on location in Kerala, South India. This album, from the 22-year old Leicester based singer, is the climax of a passionate three-year project after being pushed to pursue his dream of recording and album by his family as well as icons of Punjabi music Gurdas Maan ji, Dhami & Kumar (Heera) and Jazzy B. Rana, who appreciates the cultures and traditions of Punjabi folk, was encouraged by his family from an early age that they had belief in his natural skills to make it to the top.

“It was my late Babaji’s wish for me to become a singer and my mamaji (Palvinder Dhami) has been very supportive too. This album is a realisation of my dreams and it’s due to the support and guidance of my family that I am able to fulfil my dream. Music is my addiction,” he says.

‘KHADKE GLASSY’ is a strong album and is released by Moviebox and via Music Waves in India and Canada with two hi-gloss videos shot by Sameer Khanna in India on air now. “It has been great pleasure working with Aman and all the lyricists and musicians. They have all educated me a lot and helped to shape my album. I knew from an early age that my calling would be music and here I am now, ready to take up the challenge!” Rana Sahota’s talent is apparent and he can most certainly take his place among the top contemporary up-and-coming artists of today.w.AsianBritishMusic.com