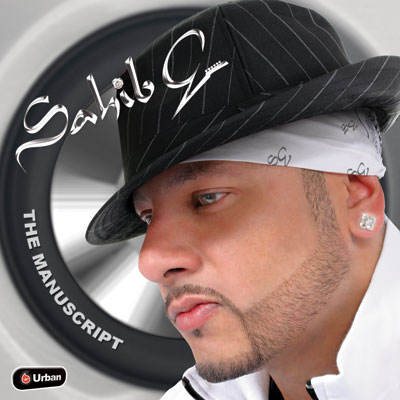 Sahib-G the groundbreaking virtuoso guitarist has developed a serious career in folk music. A respected composer, producer, songwriter, who is provocative, heart-wise and has his own original style has impressed label executives VIP Records.

Born and bred in London, he is already an acknowledged guitarist both on the concert platform and in the recording studio. Sahib G began his music career very early performing at the early age of 12, starting off with his first string instrument, the mandolin… "I didn’t choose music… it chose me."

Completely self-taught and without any type of formal lessons or training, Sahib-G displayed an uncanny talent for learning, and by his early teens became a multi-instrumentalist…"It was strange things would seem to come easily to me, although I was really most competent on drums and guitar…"

Sahib-G began studying the guitar including bass, electric, acoustic, and taught himself how to play, however, his destiny had greater aspirations and after four experienced years as part of a band, he became independent of them to establish himself as a freelance guitarist.

By his late twenties, he found himself doing sessions as a guitarist and studio engineer, "Even today, half the artists I work with hire me as an engineer and the rest call me for guitar work…" The freelancing and studio work has led to Sahib G touring around the world and producing albums for artists such as Kuldip Mank, Heera, Malkit Singh, Balkar Sidhu, Premi, Holle Holle, Bhappi Lahri, and Alaap.

A gifted multi-instrumentalist who consistently demonstrates his melodic finesse and illustrated this by performing for Shahrukh Khan’s ‘Temptations’ tour in Wembley (London) playing the guitar alongside SaifAli Khan. Apart from making his platform and recognition in the Bollywood industry, Sahib G is also taking his flair into a slightly different direction. He has stunned Theatre sponsors and directors by his talent hence will be performing in a London Theatrical in 2010, so watch this space for more news!

Inspired by the likes of Mr. Carlos Santana, (the king of Latin Blues) Sahib G always found and developed the mood and essence of a tune, from soulful to the driving rhythms that make guitar mastery a joy to hear, his deep love of music shines through, blending passion, beauty, pride and humor in every note he plays.

Sahib G’s album, ‘The Manuscript’ has 9 mind-blowing tracks that cater for all audiences. A visionary artist with no regards for genre boundaries… his fluid sounds claim to the concept of "world music", and could well be on its way to becoming interplanetary music. The album has various styles leading from rhythm, bass, latin, acoustic and classical guitar sounds.

Sahib G went on a search to Punjab for good singers that do notget an opportunity or break in the music industry. Through his search, he found young vocalists with determination, confidence and great talent whom he has promoted on his album. “There is alot of good talent out there… it’s just a question of believing in yourself…I am always looking for good vocalists, musicians and songwriters who I could develop and promote…”

There is plenty of variety and breadth of musical territory in the album, all deeply rooted in folk traditions, and interwoven with the renaissance and baroque counterpoint in which Sahib G, coincidentally, was immersed while growing up. Included are vocal duets, various styles of guitar, flute, violin, sarangi, rabarb, harmonium, and duet fiddling, hence, plenty of stories that put the music into a personal context. “I wanted to keep the album fresh and original, so I have mainly used live percussions and sounds…”

Sahib-G has made the name and recognition of what it is today as one of the most talented and sought-after musicians in the British Asian music scene. With nearly 25 years of performance experience and inimitable style, Sahib-G is now unleashing his own debut album upon the world.