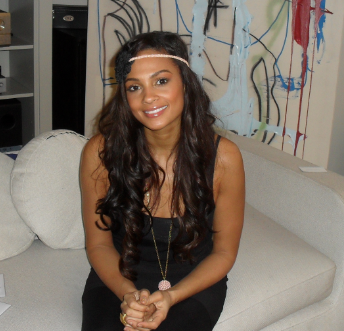 Every Little Part of Me is the third song taken from Alesha Dixon‘s album The Entertainer, and she surely did entertain us this time round!

The catchy track features none other than our very own Jay Sean, who befriended the feisty beauty quite a few years ago. Together, they create thrilling magic in their music, as well as on screen, in the sexy and intriguing video which accompanies the soundtrack.

The video, filmed in Miami last month, sees this terrific twosome attempting to run away from the law, for what reason, we just don’t know and we’re left craving for more as the video ends with the enthralling words to be continued… Testing both their acting skills and their on-screen chemistry, we see the duo have beyond any doubt, produced something fantastic.

Want to know more about what went on behind the scenes and how this amazing piece of awesomeness came about? Watch the video to see what happened when Desi-Box’s very own
Asim caught up with Ms Alesha Dixon… Gossip, giggles and gup-shup are about to ensue, so strap yourselves to your seats and join us for the ride!