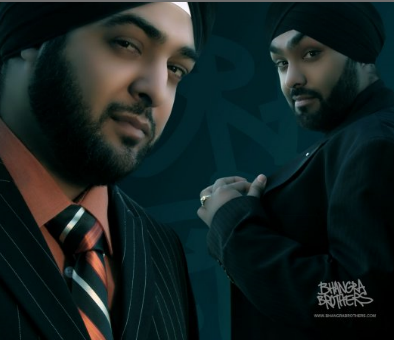 Desi-Box caught up with Germany based producer’s Bhangra Brothers to talk about their new release Sun Baliye featuring RDB.

DB: Hello, or should we say Hallo, and welcome to England! How are you finding it so far?

Bhangra Brothers: Hallo wie gehts? Great Thanks! We’ve been to UK few times before but this time its very special coz we are here to promote our new album Sun Baliye wich is getting much love and respect from all over the UK.

DB: Now, we know and you know that you guys have actually been around for a while, but for those people that don’t know who the Bhangra Brothers are, could you give us a description of who you are and what you do?

Bhangra Brothers:We are two Brothers ( actually cousins) born in Kabul, raised in germany and now in Uk promoting our music we been into music since our childhood. We are Djing since 1998 and 2002 we build this band Bhangra Brother, doin Bhangra Music and representing it in Germany. We are the only indian Band there.

DB: Congratulations on ‘Sun Baliye’, your brand new track, hitting the number 1 spot here in England. You must be over the moon! It’s a collaboration with RDB, of course. Can you tell us how this collaboration came about and what the story behind the song is?

Bhangra Brothers:Yes of course we are! Its great when you do something and you get all the love and respect for your work, it’s a great feeling. We couldn’t  imagine that our first single will hit No.1 spot! We have worked hard for that and we are very happy. We knw the RDB brothers since 2003 when they came to germany and performed there. We are friends and have a very great relationship with them. Sun Baliye is our 2nd album and we were looking for good producers to work with, for it. And RDB was the very first choice, we showed them our first album and also some new stuff and they liked it and agreed to produce for us. This is how it happened. They produced the whole album and then of course the idea was there to have a feat with these guys on singing aswell, and then Sun Baliye happened.

DB: We think the video to the track is great! In the video though, there’s a young guy whose parents clearly don’t want him to pursue music. Is this a challenge you guys have ever come across? What would you say to someone that wanted to pursue a different career to what their parents intended?

Bhangra Brothers: Yes of course, every singer or artist goes through this, because it is a field, which is not easy, coz you don’t knw, if you will succeed or not the wht the future brings. This is normal that parents are concerned about their childrens future and they want them to study and do a job where they can live safely. All you have to do is believe in what ever you do! Convince everyone with your deeds and don’t give up! And then your parents will agree.

DB: Who is the older one out of the two of you? Honestly guys, is there ever any sibling rivalry between you?

Bhangra Brothers:Me ( Dj Sikhsta ) is the yonger one! No there is no rivalry between us. We learn from each other, there things in wich he is better and also things where I am better, so we work together on everything and complement each other.

DB: Okay, so your album is OUT NOW, entitled ‘Sun Baliye’ and available to download online. What have you brought that is different with the sounds in this album? Are there any other exciting collaborations on there?

Bhangra Brothers:Yes there is also a song wich feat Blitz aka Blitzkrieg from Canada called the BB Anthem. We have also Kneet Sachdev from Thailand on a Track, she is very talented.
The album is a mixture of proper Bhangra songs, Clubs songs, Panjabi Rap, Songs you can listen in the car. Also we have a very nice and emotional song KAL TURR JAANA, which was originally composed and sang on my sisters wedding. So this is dedicated to her. RDB boys have done a fantastic job! You will like the fresh music with different influences!

DB: There’s obviously a lot of controversy surrounding Bhangra music lately, with people claiming that ‘Bhangra is dead’. How would you argue against that? What do the Bhangra Brothers bring to Bhangra music?

Bhangra Brothers:NO Bhangra is not dead! There is no Bollywood Movie these days without a Bhangra/Panjabi song. Bhangra is still very popular. We have so many big Bhangra artists and legends who produce and represent Bhangra. Of course Bhangra Music has changed with time but Bhangra is not dead!

DB: Apart from while you’re here, what else is going on for you at the moment? Any exciting gossip or any secrets you can let us in on?

Bhangra Brothers: What else is goin on we are meeting other people in the UK Bhangra Industry, planing and workin on new projects, so watch out for lots more from the Bhangra Brothers this year!

DB: What can we expect from the Bhangra Brothers in the future?

Bhangra Brothers: Bhangra Brothers the first german Bhangra Band, will represent Bhangra worldwide! We will work hard on every single project and give fresh new music, lyrics and lots more! This is just the beginning.

DB: Finally, do you have a message you’d like to send out to your fans via desi-box.com?

Bhangra Brothers:YES! We wanna say thanks to everyone, who is supporting Bhangra Brothers, buying the new album and givin so much love to us! Just support the music industry, avoid piracy, buy original CDs. There is so much hard work behind every single song an artist releases, so support new talent so tht they can stay in this industry and give you wonderful music! 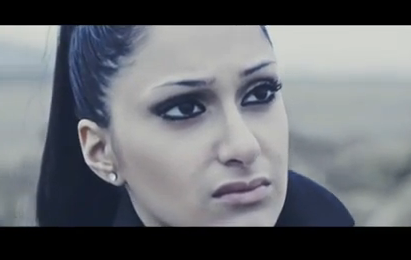 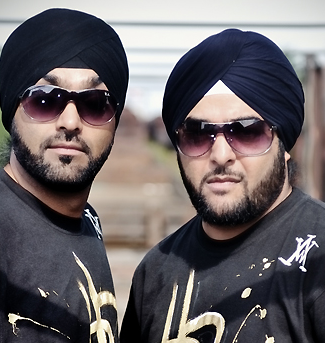 Bhangra Brothers team up with RDB 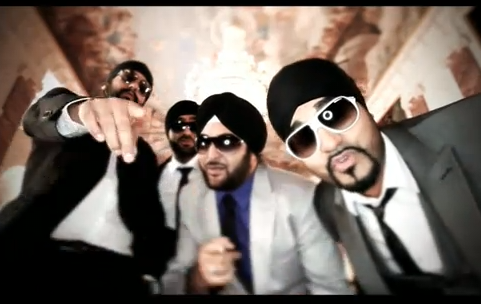