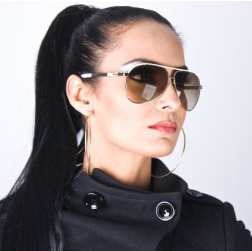 Desi-Box caught up with the Punjabi Bollywood Queen and first lady of RDB Nindy Kaur. Currently dividing her time between touring abroad and the UK, the 2 Seater singer shared her thoughts about performing in India, upcoming projects for RDB as well as her new single Save the World, in which she has collaborated with American Desi music heavyweights Culture shock. Check out what she had to say below.

DB: You have been touring in India for the last few months how has it been?

Nindy Kaur: India on the whole has been memorable. I’ve been in Indian every weekend since November. It has been really hard as me and Manj (RDB member and husband) as we have a son.  We tend to leave Friday afternoon to fly out to India, perform Saturday and maybe Sunday, then make sure we are back by Monday.

DB: Do you think the music scene has changed since you have entered Bollywood?

Nindy Kaur:I think it has been changing for a while. I Think lot of music producers in India have improved a lot. They do try mimic the Western style but they do a good job. They have a lot of interest with the western scene and at the moment it is filtering over to India. So it has changed a lot over the past 5 years.

DB: How do you think Bollywood perceives Bhangra?

Nindy Kaur:I think it’s totally and cool to be Panjabi now. I actually think it has become a trend now to become Panjabi!

DB: You have collaborated on a song called ‘Save the World’ with your good friends Culture Shock, how was that for you?

Nindy Kaur:It was totally easy. Manj and I have been really good friends with Sunny, Baba and Lomatic (Culture Shock). We have previously hung out lots of times and we have been on tour. They are like my 3 little brothers to be honest. When we go to the studio there is a lot of messing around; It’s like sing this, shall we remix that and lets re-sing that. With this track it was put together pretty fast, after one night we were all chilling and jamming. And we thought this sounds too good!

DB: Can you describe the song in a few words?

DB: Culture Shock has worked with the likes of Rihanna, Lady GaGa, Britney Spears, Nicole Sherzinger and Sean Paul. Is there anyone you would like to personally work with?

Nindy Kaur: Definitely Rihanna! She seems totally cool and coming up with hit after hit. She has got great producers and song writers working with her.

DB: Who has been your biggest inspiration?

Nindy Kaur:Shazia Manzoor. Always loved her especially from her B21 days. I used to have 3 CD’s of her album actually. I used to have one at work, one in the car and one at home. I used to continuously listen to her. I nearly met her 2-3 years back with at a show in Toronto but sadly we were already booked.

DB: What do you think of the current UK scene?

Nindy Kaur: To be honest I haven’t kept in touch with the UK scene as cartoons are on all the time! But Honey Singh in India has become really big which is great.

DB: How do you balance touring and family life?

Nindy Kaur:Our manager in India understands my lifestyle and the whole team work around me, which is great. Because they know that during the weekdays I want to be with Anoop. When we are performing on weekends he is with our grandparents and they spoil him to bits!

DB: Will he be the youngest member of RDB anytime soon?

Nindy Kaur:(Laughs) He does sing all day long. But he doesn’t like mummy and daddy’s songs. He loves Jay Sean and sings Down all the time!

DB: Have your families been of great support?

Nindy Kaur: Both our parents are quite strict but my family has been very supportive. They love that Manj and I are working and touring together. My in-laws have been super supportive. My father-in-law actually has written the lyrics to our songs; Aloo Chaat and Om Mangalam. He even wrote Two Seater! Manj and Surj would usually come up with a beat alongside Kully. I would maybe come up with a hook line and then we would call dad down and we will brainstorm. He can write a song in like 10 minutes!

DB: Where has been your favourite place to perform?

Nindy Kaur: The country which I enjoyed touring in was Hong Kong. Performance wise it has to be Delhi. The university crowds are crazy, to the level they know all our songs off by hearts. 15 to 20 thousand people singing back to us is truly an amazing feeling!

DB: RDB have been dubbed as the Indian ‘Black Eyed Peas’. How do you feel about that?

Nindy Kaur: We found out when we was filming a video for a film in India. We picked up a newspaper in the lobby of the hotel and it said RDB the Indian Black Eyed Peas are in town. We were all like yeah 3 girls and a girl- we see it. It is a huge compliment.

DB: We heard you are working on another Bollywood project?

Nindy Kaur: We are and I can’t say much but we are doing a whole soundtrack. We have got quite few songs. They are a list actors and its going to be a great project!

DB: Your album was supposed to release in 2011. What happened?

Nindy Kaur: Touring delayed everything. We need lots of studio time, and time to make videos and promotion. RDB ‘s Worldwide album and my album Nindypendent  will be out soon. We will be taking a few months off so we can complete and release them.

DB: Any messages for your Desi-Box fans?

Nindy Kaur: Thank you for the love and support as without your love and support we don’t think we would be where we are today. Also keep listening to NK and RDB music and watch out for the albums soon!

Culture Shock’s Save the World featuring Nindy Kaur is available on i-Tunes. 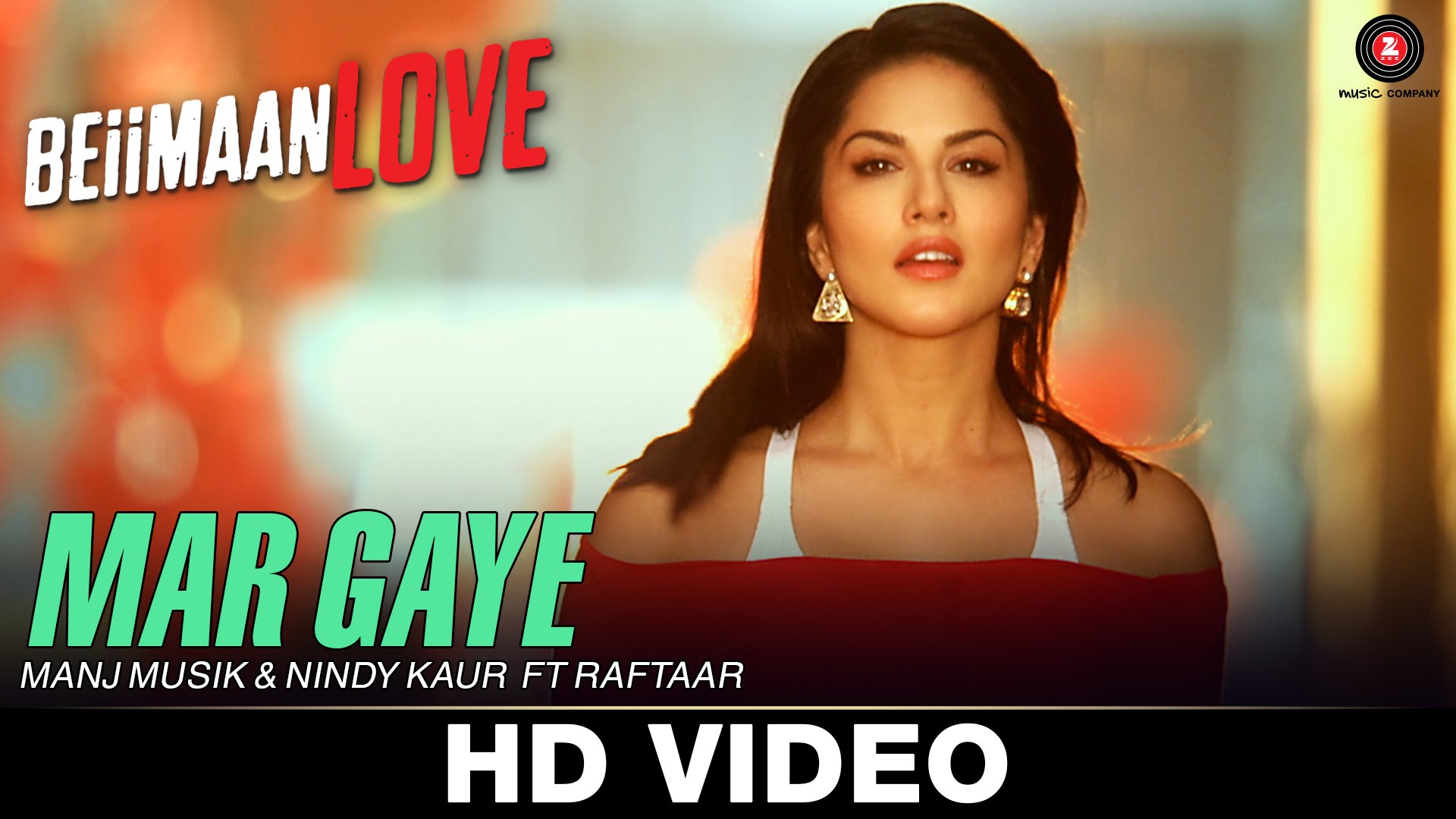 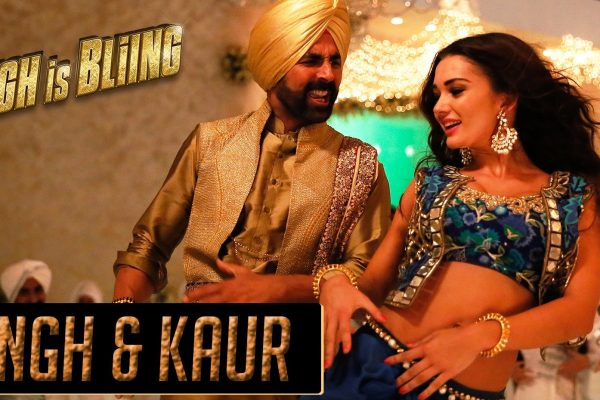 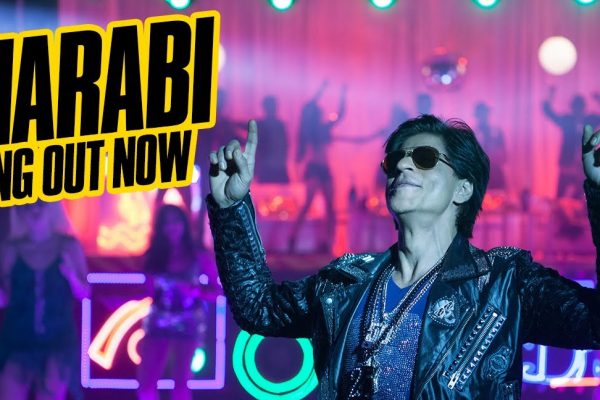