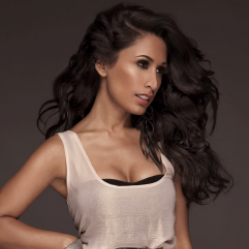 Desi-Box caught up with singer and actress Preeya Kalidas, we sat down with the talented star to talk about her brand new single It’s A Problem and the return of her character Amira Masood in Eastenders.

Preeya Kalidas: Working on Eastenders is really good fun although a lot of hard work! It’s been great going back to the square and seeing the team again as well as all the new characters that have entered during my time out of the show. Its exciting for me each time I receive my script to see how Amira’s character develops.

DB:What do you think might be in store for your character in the future?

DB: Are you going to take a break from music now to concentrate on your acting career?

Preeya Kalidas: Music is my passion and something that I have always done, I will not be taking a break from music, I have recently had a new club track out ‘It’s A Problem’ which features Scorcher and I am releasing a single in the very near future. I don’t see why if your prepared to work hard, you can’t do it all.. In America there are a number of actors/singers who are successful and are embraced for doing it all.

DB: Would you consider doing a Bollywood film if offered?

Preeya Kalidas: I would always consider any opportunity presented to me and my decision would be based upon whether it was the right time or the right direction for me. As mentioned I am focusing on my music career and Eastenders at the moment but that’s not to say I would rule it out for the future.

Music is my passion and something that I have always done, I will not be taking a break from music


DB: Do you prefer acting or singing the most?

Preeya Kalidas:I don’t see why if your prepared to work hard, you can’t do it all.. In America there are a number of actors/singers who are successful and are embraced for doing it all. I appreciate and am grateful for every opportunity i am given.

DB: You recently released a single with Skepta – why did you decide to take such a long break from the music scene?

Preeya Kalidas: In all honesty I have never taken a break from the music scene, I have just been more behind the scenes in the studio and working on my direction and new material. During that time I was working with some great uk talent who are now having the success they deserve, the likes of labyrinth and Naughty boy..

DB: What was it like working with him on the single?

Preeya Kalidas:Skepta is an inspirational artist who really drives his career and the people around him to make the music that he wants to make. The opportunity to work with him was fantastic we got a lot of love for the track and i had a lot fun touring the country performing with him.

DB: You’ve also released a track with Scorcher – tell us a bit more about that?

Preeya Kalidas: Yes! ‘It’s A Problem’… I have known Scorcher for a long time now and we have always wanted to work on something. I heard the beat from producer dexplicit in the studio and me and my co- writer celetia martin started vibing and wrote the song . I sent it to Scorcher to feature  and  as they say the rest is history.


I don’t see why if your prepared to work hard, you can’t do it all

Preeya Kalidas:Again I’ve known Scorcher for quite a while so we always have a laugh when we are together. Scorcher is very talented and I’m glad we had the opportunity to finally work together.

DB: Which music artists do you most admire?

Preeya Kalidas: Theres a lot of music artists that i admire. Particularly those who i have seen over the years struggle but  work hard and haven’t  given up as the music industry is not easy.  for example I’ve got a lot of respect for Jay sean who continued to build himself as an artist no matter what doors were shut on the way. He brought a whole new perspective to the table and proved that if you want something enough and you don’t let anything get in your way you can reach your dreams and the sky really is the limit.

DB: Are there any artists that you’d love to collaborate with in the future?

Preeya Kalidas:I’d love to do a track with labyrinth and Imran Khan! Trio Collab!

DB: Can you tell us anything about your new album?

Preeya Kalidas: My album is an influence of all the genres i love from r n b , soul, pop and will be a collection of songs that make you want to dance to my emotional side.

I’ve got a lot of respect for Jay sean who continued to build himself as an artist no matter what doors were shut on the way.

DB: What was it like performing at the London Mela this year?

Preeya Kalidas:Amazing, there were so many people! I absolutely loved performing and the support I received was overwhelming. I am very grateful for opportunities to perform at events such as the London Mela that are personally very important to me.

DB: What’s been the highlight of the year for you so far?

Preeya Kalidas: There has been so many this year that I would have to say the whole year has been a highlight for me. I am focusing on my music and working on my album, I hope to have an EP out by the end of the year so this would also be great in giving my fans more. I’ve had so many highlights such as winning best female at the asian music awards, to having the chance to collaboration with some amazing artists.

DB: Any special message for your fans?

Preeya Kalidas: Yes, I would love to let all my fans know how much I appreciate their love and support. Thanks to all my fellow tweeters as well who keep me entertained and focused on making things happen. 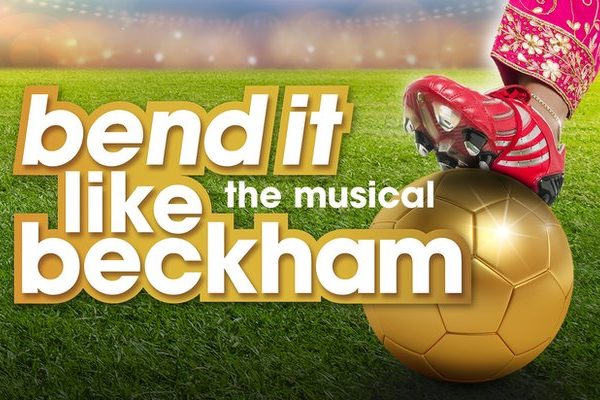 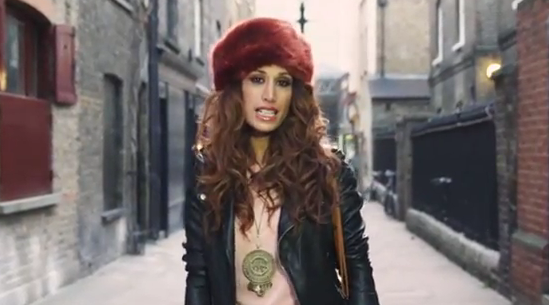 Preeya Kalidas – ‘Love Between Us’ 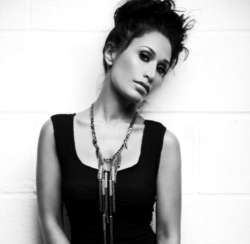 Preeya Kalidas shares the ‘Love Between Us’