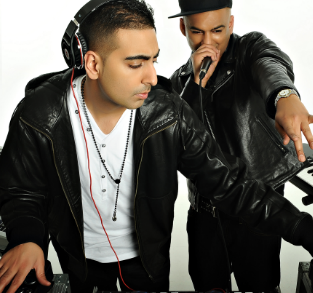 Desi-Box caught up with Rav from the Panjabi Hit Squad to talk about their forthcoming album World Famous, Alyssia, where they been for the past couple of years and much much more! Without further ado Ladies and Gentlemen we bring you PHS!

DB: You have been out of the spotlight for the past couple of years, tell us what exactly you have all been up to?

Rav PHS: Well we have been up to a lot. Producing our own album…Gigs…Update Twitter…Producing songs for Alyssia & Ms Scandalous…Update Facebook…Gigs…..Doing Radio Shows for BBC and Emirates Airlines and more Gigs. Quite a busy lifestyle and it never stops.

DB:Tell us a little bit about your new album, World Famous and why there was such a delay on it?

Rav PHS: Most of the delay came from legal issues with our last label Def Jam. Once they were sorted out (2009) we went about getting an album together but none of it has been easy. Getting the right vocalist and crafting the right sound is very important and does take time.

DB: Would you say the title of the album, World Famous, was generated from Panjabi Hit Squad’s main aim, to be world famous?

Rav PHS: HAHA yes every artists aim’s to become ‘World Famous’ but the album name comes from the range of vocalists on the album and them coming from different parts of the world. The sound on the album has influences of all the places we have performed (Like the steel drums on Miss Soniyeh came from our trip to Trinidad and the switch to Dubstep from a clubbing encounter in London). The overall tag line “The World Famous Panjabi Hit Squad” was given to us by Robbo Ranx from BBC 1xtra so we just stuck with it.

DB: Whatever happened about your album Not for Duplication and who exactly worked on the album as you mentioned you worked with US rappers on the album?

Rav PHS: Not For Duplication is a name that Def Jam owns now including the rights to the artists and songs that featured on there. We would love to give away names but we can’t because we would just be hyping up something that will never see the light of day. Maybe one day we will leak the tracks.

DB:In what ways would you say the Asian music industry has changed since you first started ten years ago?

Rav PHS: So much has changed. The content /production of lyrics and songs. The way you reach your audience via websites, facebook and twitter. The fact that there are very few live bands left. We think putting on a live show is very important in this day and age. With Alyssia she always sings live at events.. That’s what people paid to hear right? People can always copy CD’s but the experience or feeling the audience gets from the artist singing live can never be duplicated. That is something people will come back over and over again to see and hear it …providing it’s good.

DB: Would you argue that Bhangra music being fused with mainstream genres is just as important today as it was when you guys first started? Or, would you agree there is definitely more of an understanding and recognition of Bhangra now?

Rav PHS:It has always been important to reach out to the masses. Albums from Imran Khan prove that there is interest from the mainstream to hear a fusion between the cultures but the product has to be good!

DB: Tell us a little bit about what Alyssia has been working on since we last heard from her and whether she has an album coming out anytime soon?

Rav PHS: Alyssia is featuring on our album and we are just completing songs for her album. We have a couple of producers from India and USA interested in working with her so we are just exploring the possibilities.

DB: Are the rumours true, has Ms Scandalous really left the music industry?

Rav PHS: FALSE!!! She has not left. We just spoke the other day about some new material and bringing out a new vibe.

‘People can always copy CD’s but the experience or feeling the audience gets from the artist singing live can never be duplicated‘.

DB: You are renowned for bringing out fresh new Punjabi talent having showcased both Ms Scandalous and Alyssia, do you have your eye on any other artists?

Rav PHS: Yeah there are a couple of Artists that we are interested in but in all honesty we only want to create something different. We love the amount of talent out at the moment but if everyone is doing the same thing nothing is going to last long. We are looking for the person who isn’t afraid to take it somewhere else.

DB: What encouraged you to produce your label, Major Moves?

Rav PHS: Making music our own way meant we were the only ones that could deal with it. We couldn’t imagine any Asian label taking “Miss Soniyeh” without telling us to take out the switch at the end and importing a Dhol loop.

DB: Where do you see Major Moves in five years’ time?

DB: Do you think it’s hard to hold any kind of position in the music industry what with new artists constantly being introduced? What are your top tips seeing as you’ve kept a firm place in the industry for over ten years now?

Rav PHS: Again it’s only hard if you are doing something that someone else is already doing. Trick here is to try to invent something new. It may not work straight away but after some time you build your own unique fan base instead of trying to get someone else’s. Always re-invent yourself is the biggest tip.

‘We love the amount of talent out at the moment but if everyone is doing the same thing nothing is going to last long’.

DB: Who would you say is your favourite person that you’ve had the opportunity of working with over the years?

Rav PHS: There have been so many but everyone on the World Famous album was great. A person who isn’t on the album but was great to work with was UK singer Nathan. He came in, recorded a song until 5am and then we decided to listen and debate Jay-Z songs until 7am. It’s good to see the personality come out of any artist.

DB: You guys have already done so much over the years but essentially, what is your main aim for Panjabi Hit Squad?

Rav PHS: Our aim is what it’s always been, to showcase the best Asian music in the world even if it’s produced or not produced by us! It’s not only about our brand but Asian music becoming ‘World Famous’. 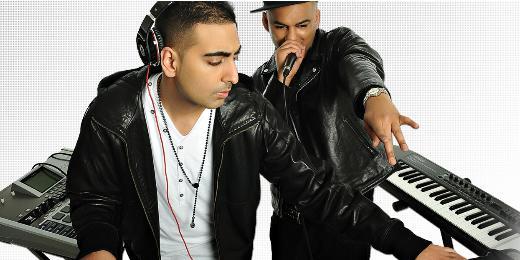