Brit Asian music industry unites for I Am Me 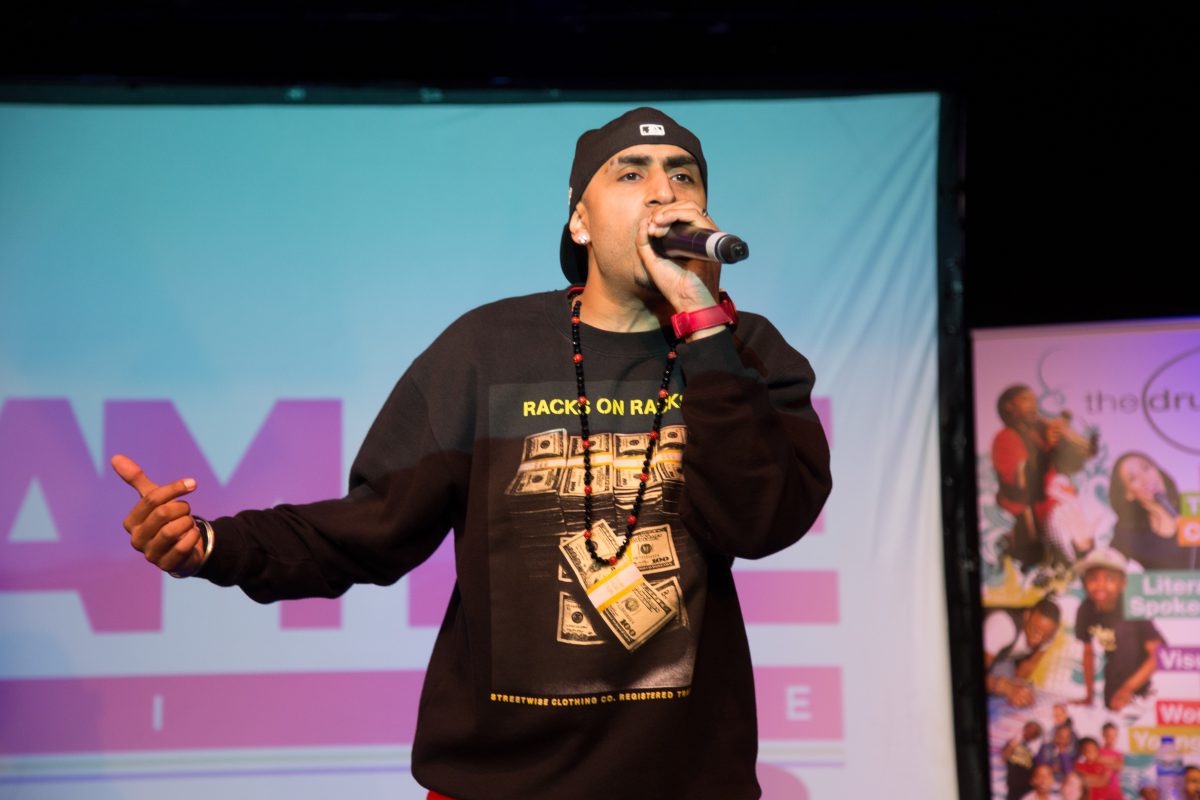 Brit Asian music industry unites for I Am Me

Leading figures and artist from the Brit Asian music industry came together at The Drum in Birmingham on Tuesday 19th June for the ‘I AM ME – Live’ concert to launch a new initiative aimed at inspiring a new generation of diverse creative talent.

Hosted by music legend Apache Indian, the evening included live music, an interactive debate with the audience and a chance for young people to get close to established names from different areas of music.

The event also signaled the launch of the national I AM ME initiative, which will offer mentoring and development opportunities to young people so that they can access real and sustainable careers in the creative, music and cultural industries. Through a network of I AM ME Ambassadors, reflecting the UK’s top creative and artistic talent, I AM ME – Live master-classes will offer training and access to important professional networking channels.

Performers on the night included: DJ Doni Brasco, who opened proceedings using a sample from Verdi’s Nubucco opera; TaZzZ and Raxstar, alongside Immi, Priti Menon and Rita Morar who delivered an explosive performance, including a spine tingling unplugged rendition of their chart-topping song Teardrops; Dynamic duo Khiza and Soni-J who gave a powerful performance pumped full of desi beats; a heartfely performance by British Asian singer/songwriter Sheena who delivered an inspirational message of hope before being joined on stage by popular Voice UK finalist, Femi Santiago.

Adding to the event’s impressive line-up was a power-packed performance by DJ/producer Surinder Rattan who delivered an electric set with music legend Cheshire Cat which left the audience awe struck; a potent debate about the state of the music industry and the lack of support for new young talent featuring music legend Shin, hit-making music producer Dr Zeus, singer/songwriter Sheena, BBC Asian Network DJ Yasser and leading entertainment writer, commentator and I AM ME Live creator Asjad Nazir.

The evening concluded with a colourful performance by Manchester based duo Bonafide; and headline act Dr Zeus who wowed the audience and got them dancing on their feet with an explosive delivery of his biggest hits including ‘Jugni Ji’. Supporting industry figures attending the night included singers Foji and Navin Kundra, music producer and DJ Jagz Klimax, and Mohd Ayyub founder of the UK’s first British Asian record label.

I AM ME global ambassador, Apache Indian said: “Now is the time for all of the UK’s top performing artists to come together to help a new generation of diverse creative talent. Together we can make a real change and a powerful difference. Empowering young people not only makes them stronger, but makes all of us and our communities stronger”.

Asjad Nazir, founder of the I AM ME – Live initiative is confident that this is the first step towards real change. “The response leading up to the event, during it and afterwards has been overwhelming. What connected all those who performed, watched on the evening or took an interest was a real desire to promote unity and help the next generation. I AM ME is the start of something special which will have a positive impact on British culture,” said Asjad.

Singer and songwriter Sheena, who has signed up to be an ambassador, agreed by saying: “I AM ME Live is the beginning of a movement that I believe will be known throughout the world eventually. A voice for the youth, the next generation who with the right guidance, advice and nurturing will one day be the living examples of why I AM ME has been created and the power of its message. We can make a difference by being the difference we wish to see. By offering the next generation the correct guidance, nurturing and support, we have an opportunity to make that difference, collectively”.

I AM ME – Live is part of the One World Many Faiths event series collaboration between the Welsh National Opera (WNO) and Maimonides Interfaith Foundation, an international charity that connects people through art, culture and education.