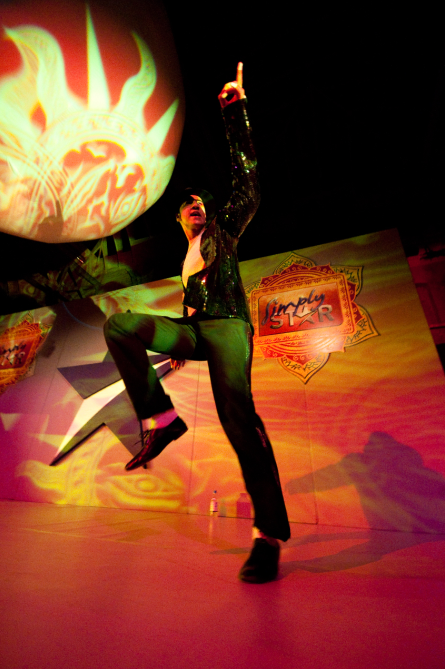 London, UK – One of the most anticipated events of the season, Simply STAR, the first ever consumer event hosted by STAR TV, the UK’s leading provider for South Asian entertainment, was a massive success. Visitors packed out London’s charming Old Billingsgate venue to experience STAR TV in this interactive event, held on Saturday 12th
September, which brought to life each of the four STAR channels – STAR One, STAR News, STAR Gold and STAR Plus.

Visitors also experienced STAR through a range of fun activities like Bollywood dancing and acting classes from Sapnay School of Dance, mendhi by Pavan, the Guinness Book of World Record holder for the fastest mendhi artist, a mendhi competition where winners won a diamond ring courtesy of Ram Prakash Jewellers and guests also had the opportunity to get cookery tips from Pinky Lilani and Michelin-starred chef, Atul Kochhar who each prepared a feast of healthy summer dishes.

Rishi Rish said: “We had a brilliant time at Simply STAR! It was cool that it gave a different angle to the mela type experience by giving visitors a chance to really experience what the four STAR channels are about. So we adapted our performance to incorporate that interactive vibe, like with H Dhami bringing kids up on stage to dance with him,
which was really random, but suited the spirit of the show. It was a real family event.”

Parul Chauhan, one of the lead actresses in the hit drama series, Bidaai said: “We had so much fun at Simply STAR. It’s my first time in the UK and it feels great to know that people here love and appreciate Biddai as much as fans in India do.”

Yeshpal Sharma, Vice President, Distribution and Sales of STAR TV UK said: “We are delighted with the success of our inaugural Simply STAR event. The event had audiences walk into the world of STAR and interact with the four STAR channel zones. The innovative format allowed our audience to really connect with the STAR experience. It was an opportunity for STAR to give back to the South Asian community a very unique and enjoyable family experience."

Additional support for Simply STAR came from Pratham a charity that promotes education and literacy in India, Vitamix, Madhu’s catering, CYD, Hiten Cards, Star Tours and Drinks On Us. Kulwinder Gir and Shin from DCS on stage!