Amar is set to release her next album Show It Off 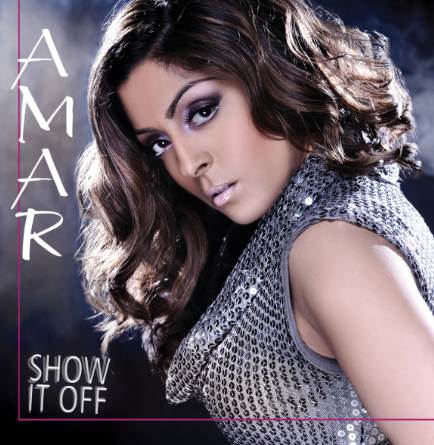 Amar is set to release her next album Show It Off

British Asian Born artist, Amar releases a refreshing Indo-Urban pop album titled, Show It Off. The long-awaited album has been in the works for two years and features Amar at her creative best, singing exclusively in Hindi to a backdrop of urban R&B beats.

The new album has given Amar the opportunity to work along side some of the world’s best in the music industry including the producer/writer, Jim Beanz (who has also worked with Britney Spears, Nelly Furtado, Craig David, Katy Perry, Ashlee Simpson, Jamie Foxx and Jennifer Hudson) who has worked on the new Timbaland album, while he makes a special feature in Show It Off.

Indian singing superstar, Sonu Niigaam co writes and sings on the album track Bombay Billionaire which is already been tipped to be a massive club hit in India and the UK, while Shankar Mahdevan appears on the track Sajana which will be released with a video later in Feb as a single.

Mangal Singh, Amar’s father and one of the pioneers of the UK Bhangra scene not only writes on the album but recorded a duet with his daughter on the track Deewana, this is all wrapped up and produced by the UK’s Charlie Hype who is now located in Philadelphia and working with various top acts in the USA

Timbaland’s “Indian Muse” Amar, after the recent success of “Bombay” from Shock Value and who also had a UK chart hit in the 90’s with a Hindi version of “I Will Always LoveYou” is back with her new album “SHOW IT OFF”.

The new album is set to release on Monday 15th February 2010.