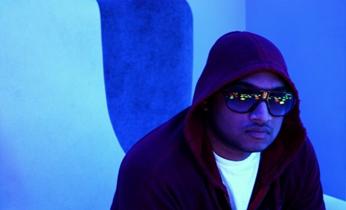 London’s finest DJ, presenter and music producer, Mr Kay, is ready to take over the airwaves with a breathtaking remix of the smash hit track ‘Birthday Sex’ by Jeremih.

The remix enhances the original sounds by putting a desi spin on the beat and speeding up the tempo. It has already been embraced by other DJs and presenters on the circuit and is fast becoming a favourite on the dance floors across the clubs. Now it is only set to become bigger as it attracts more airplay.

Mr Kay is one of the pioneers of the British Asian music scene and a talented music producer who has built up a large fan following over the years. He is recognised as one of the hottest DJs on the circuit, with his fingers on the pulse for all genres of music. Mr Kay has DJ’d with some of the biggest names in the country, as well as running one of London’s most successful Asian urban weekly club night, "Kandy Nights", for the past two years.

He is currently working on his remix EP, which will be available for free download in December.

The song has already been played for three weeks in a row on one of the world’s biggest radio stations, BBC Radio 1 with Nihal, and has also been picked up by BBC Asian Network’s Bobby Friction, DJ Kayper & The Panjabi Hit Squad.