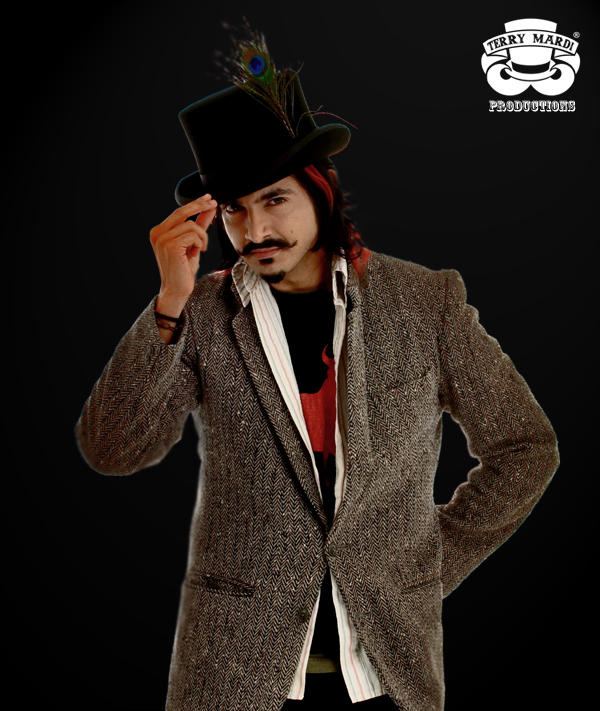 Terry Mardi is the young eccentric British Asian media entrepreneur turned music producer/artist manager. Born and raised in Hounslow, London (the same area Phil Collins, Patsy Kensit, Jay Sean, Bobby Friction and Rishi Rich grew up). The self taught music producer spent 10 years perfecting his craft and knowledge of the music industry and being instrumental in the creation of the British Asian scene before launching his public persona in 2006. His energy is fuelled by the fact that he survived being shot in the leg at age 8 by racist gang members called the National Front also known as BNP.

Music Career:
Since going public Terry Mardi very quickly managed to marry music production that resonates with the target audience with expert knowledge of the South Asian market to create success for various artists he has launched and even has attracted global names to work with him such as R. Kelly, the legendary James Brown and Martha High, Mint Condition and even a project with a certain artist formerly known for his symbol. Terry Mardi is also responsible for the official South Asian Michael Jackson Tribute which is currently underway in his London studio, where over 25 British Asian stars all come together and are singing together on one track produced by Terry Mardi.

British Asian artists Terry Mardi has been responsible for launching and working with include, Jay Sean (now signed to Cash Money), Hard Kaur (Birmingham based rapper who has since become a household name in India), Ash King (International R&B and Hindi singer now working with AR Rahman in Bollywood), Ramzi (Lebanese artist from UK , No.2 in Arab State Dubai Charts), Raghav (4 Top Ten Hits in UK and platinum selling artist in India), M.I.L.A.D (the first British Iranian artist where we achieved over 1.4 million hits on myspace and dozens of sell out shows in Europe) and Shad Star (International Asian R&B singer where Terry Mardi is collaborating with Rodney Jerkins Blackout Entertainment on a co-production deal).

Recent Success:
Terry Mardi productions have also created a brand new genre for the UK which is currently dominating the North of England club scene and now moving south and outwards to India, it is called Desi Niche. His album “Terry Mardi presents Desi Niche” is a joint venture with nightclub Niche (North England’s largest club chain) and caters specifically for the Asian audience and fuses popular electronic dance music styles with addictive Indian vocals and instrumentation, the album was a spin off from their debut test project “Sounds of the Bassline” and “Sounds of the Bassline 2” which have now sold over 300,000 copies with partners Ministry of Sound. Desi Niche has just been playlisted on BBC Radio in the UK and about to be licensed to a major in India.

With all his clients and artists, Terry Mardi always looks at the bigger picture and uses his media background to help to sculpt a visual identity and public persona to accompany the music to help it resonate into people’s lives.