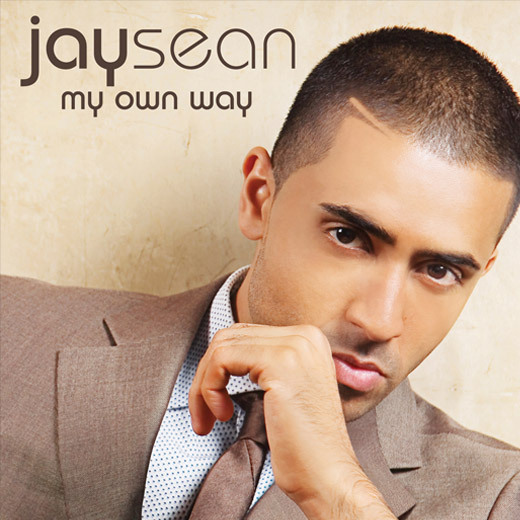 Album – MY OWN WAY Releasing 12th May 2Point9/Jayded “It will be a big year for this British talent” – Music Week Jay Sean follows his hit comeback single ‘Ride It’ with yet another Top 15 single, ‘Maybe’ and a new album ‘My Own Way’ releasing May 12th on the 2Point9/Jayded label. Recently, the award winning Jay Sean has been performing at prestigious venues and gigs across the world; Love Music Hate Racism, The Zee Cine Awards, BBC 1Xtra Live amongst others alongside Akon, Lupe Fiasco, Chris Brown & Kelly Rowland.

His ‘signing’ sessions at Zavvi record shops across the country resulted in stores having to be shut down due to the huge numbers of fans ransacking the shelves. The talented star has also played to packed out college theatres across the U.S, Asia, Germany and Australia arguably becoming the UK’s freshest contemporary R&B export. From his beginnings on the streets in West London to international tours and chart success, Jay Sean is fast becoming the leading light in 2008, for R&B singer songwriters in the UK. Consistently writing during the tours, the simple intellect of his lyrics together with a world class production team has enabled Jay to deliver an LP rammed with potential singles, creating one of the strongest ever soulful pop albums to come from a UK R&B artist – ‘My Own Way’.

The album was recorded in New York and London, using the production talents of J-Remy (Fabolous, DJ Clue) and Duro (Mariah Carey, Jay Z, Mary J Blige, Rhianna) and features eleven tracks rooted in “traditional R&B flavour,” says Jay, “but heavily focusing on the songs.” Jay continues: “Lyrically, there’s social commentary on tracks such as ‘Good Enough For You,’ which debates the problems of mixed-race relationships. But I didn’t want to make an issue-heavy record. Much of it is based on what I get up to when I’m out and about. It refers to the games people play across the dancefloor – how you can catch someone’s eye and accept a challenge that lasts the rest of the evening”.

Jay’s first single from the album, ‘Ride It’, entered the charts at #11 in January, following a successful street campaign (highlighted by over 5 million plays on YouTube) and culminating in strong national radio and TV support.<