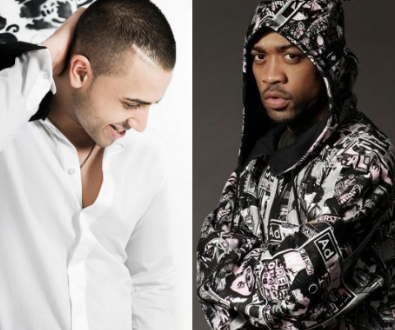 Last night was surely a night if any, to be observing the goings-on in the wonderful yet crazy world that we all know and love as Twitter.

London based Grime artist Wiley, probably best known for his track Wearing My Rolex decided to have a little bit of a dig at the huge success of Jay Sean, who he has surprisingly actually worked with in the past, featuring on one of the remixes of Down. Wiley, in nicer terms, seemed to convey the idea that Jay Sean does not deserve the success he has achieved. Where this idea came from, I have no clue as we all know how hard this home-grown talent grafted day-after-day to rise to the top.

Hundreds of Jay Sean fans tweeted their anger and rage to Wiley for the ridiculousness of his tweets, while others tweeted Jay Sean himself re-iterating the fact that he deserves every success he has. This became such of an issue, that the name Jay Sean was almost instantly a trending topic on Twitter within the UK.

But Jay, once again has proved how much of a genuinely nice person he is, tweeting the world:

My Peeps don’t get sucked into negativity,it’s all good. We hold our heads high and move upwards towards achieving greatness.Pay it no mind.

In true star style, Jay rose above it, and has clearly suggested we should too.

Twitter allows us to speak our mind and put us out there for the world to see who we are.It’s a window to ur soul. how do u want to be seen?

This evidently shows that Jay has the stance and demeanour of a true gentlemen, with the ability to not allow negativity to bring him down. We commend Jay Sean for the maturity he’s shown in this situation, and just hope all fans and ‘haters’ will read his true words and take heed to them.