Jay Sean wins ‘Artist of the Decade’ at the UKAMA’s 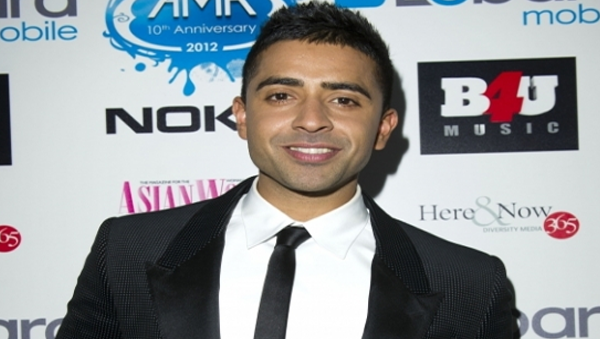 Jay Sean wins ‘Artist of the Decade’ at the UKAMA’s

Wednesday 9th October was a special night for singer/songwriter Jay Sean, as he was crowned Lebara Mobile Asian Music Awards "Artist of the Decade". The evening with Jay Sean was celebrated with his family and many well known media/music faces, some of which included Ameet Chana, H-Dhami, Juggy D and Preeya Kalidas. The event marked the 10 years in the industry for Jay as well as coinciding with the awards’ own 10th year anniversary.

The intimate Q & A session was hosted by BBC Asian Network’s very own Tommy Sandhu, and explored Jay’s journey, his family’s part in his success and his experience away from the UK. This was shortly followed by a few  amusing questions from the general public which Jay whole heartedly answered. Jay explained his parents have been very supportive of his career every step of the way and even joked saying he watched the ‘Sex 101‘ video with his  parents and "they loved it!".

Honoured and accepting the award of ‘Artist of the Decade‘ Jay thanked all his fans worldwide and congratulated Lebara on its 10 year anniversary."I am truly honoured to receive this award. I wouldn’t be here today if it wasn’t for some of my family and friends who are in the room tonight, so to receive it in front of them is really special. I want to say a big thank you to the Asian Music Awards for this memorable evening and for all their support over the years, and finally a big congratulations for 10 years of the Asian Music Awards!"

Now with 15 awards from the UK AMA’s alone, Jay is determined more than ever to go further and plans are in action for his very own autobiography to hit the shelves soon. Jay gives a special mention to producer Rishi Rich and Punjabi singer Juggy D, saying he is glad that he entered the industry with his friends who have always been a source of support.  Jay, currently signed to Cash Money Records has given popular hits such as ‘Down‘, which successfully reached the number one spot in the US, he is now continuing his world tour with Japan this week, followed by Australia and New Zealand next week. His new single ‘So high‘ will be premiered on Australia’s ‘X-Factor‘ on 16th October 2012.

For whose who missed the event, watch it now below!