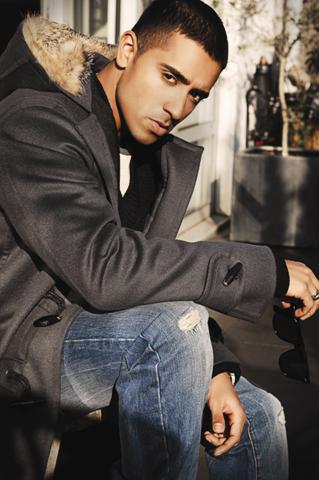 Jay Sean returns with his hot new single 2012, due out in the UK on 18th October. The track features one of the hottest divas of the year, fellow Cash Money Records artist Nicki Minaj.

The feel-good single combines Jay’s famously smooth R&B vocals with a heavy rap verse from label-mate Minaj, bringing another sure-fire hit to the table. The single is already shaping up to be a massive radio hit with the likes of BBC Radio 1, 1Xtra and Capital playing the single over two months ahead of release.

One of the UK’s most successful musical exports, Hounslow-born Jay Sean has had a record-breaking few years, making history when his single Down became the first song by a British urban artist to top the American charts, and hit the top 3 in the UK. Another hit quickly followed from the same album, All Or Nothing, with Do You Remember featuring Sean Paul, smashing yet another record by making him the first British artist to have two singles in the Top 10 Billboard charts at the same time. And now he’s back and ready to follow up on his phenomenal success in both the US and UK.

With All Or Nothing being such a hard act to follow, Jay is pulling out all the stops for his brand new album Freeze Time which combines pop elements with a heavy R’n’B influence and sees Jay collaborating/working with an exciting array of artists and producers.

Excited about the release, Jay Sean revealed what fans can expect: The entire album is a representation of me as an artist, a songwriter and as a lover of music, from the pop uplifting sounds of 2012 to the slow and sexy R’n’B sounds of Sex 101 and urban club joints like Break Your Back. This is my favourite collection of songs to date and an album I am so proud of and want the world to hear.