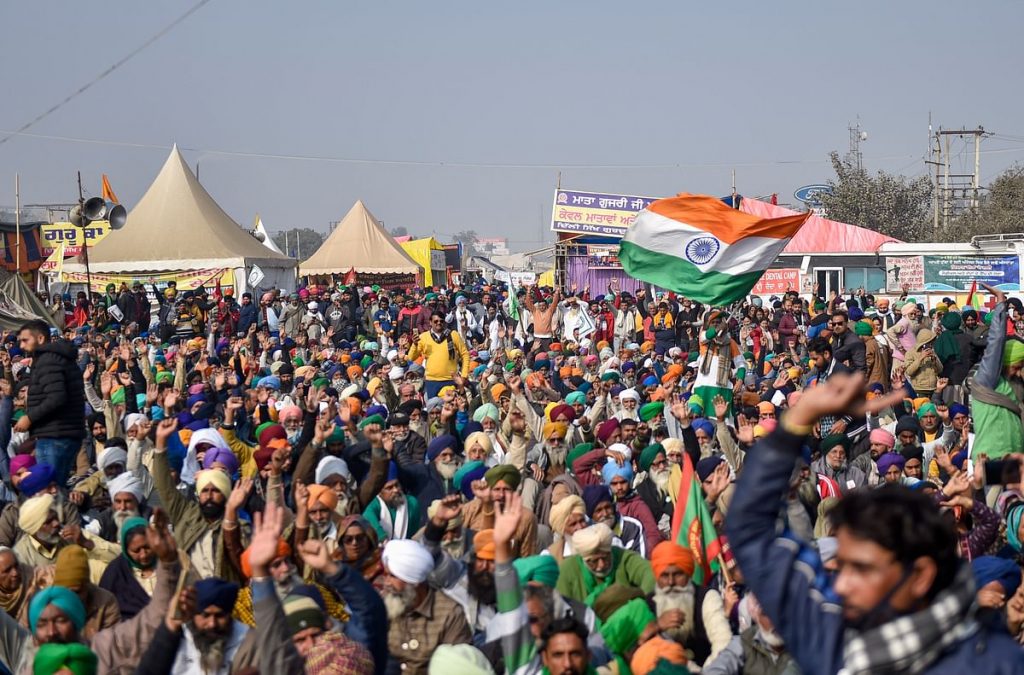 New Delhi: Three union ministers met a 41-member representative group of thousands of farmers protesting against three farm laws on the borders of the national capital for the sixth round of negotiations on Wednesday to break the over one-month-long deadlock on the contentious issue.

The government has ruled out any possibility of repealing the farm laws, and instead proposed to set up a committee to examine the controversial agri legislations. However, farmer leaders have insisted they are prepared to continue their agitation till the government agrees to their demands, including repeal of the laws.

The three union ministers — Narendra Singh Tomar, Som Prakash, and Piyush Goyal — met the farmers’ union representatives, hoping to reach a decisive conclusion that would see the peasants return from Delhi borders to their respective homes to celebrate the New Year.

However, farmers’ leaders are staunch in their demands, which includes the scrapping of all three farm laws and the demand for a law that guarantees the Minimum Support Prices (MSPs) for farm produce.

While the government has ruled out repealing the recent pro-reform laws, there has been considerable discussion on the possibility of guaranteeing the MSPs, reports stated, citing sources in the farmers’ unions.

However, the government is reluctant to do so, since it feels fixing the MSPs for even private traders might bring “chaos to the markets”. Currently, traders are allowed buy farm produce below the state-set prices.

Union Agriculture Minister Narendra Singh Tomar reportedly explained that private parties might not agree to buy farm produce at the fixed MSP rates if doing so does not bring them profits.

Some union leaders, however, said that farmers in some parts of the country are being forced to sell crops including paddy below the Minimum Support Price as market rates have fallen and asserted that the agitation will continue till the government agrees to their demands.

“After new farm laws were implemented in Uttar Pradesh, prices of crops have fallen by 50 per cent. Crops are being bought at below MSP. Paddy is being sold at Rs 800 per quintal. We will raise these issues in the meeting,” Bharatiya Kisan Union (BKU) leader Rakesh Tikait told reporters before entering the meeting venue.

“We will not leave Delhi till our demands are met. We will celebrate New year at borders” he said.

However, the discussions are still on. Previously, Tomar had also said he was hopeful that a solution would emerge before the year 2020 ends.