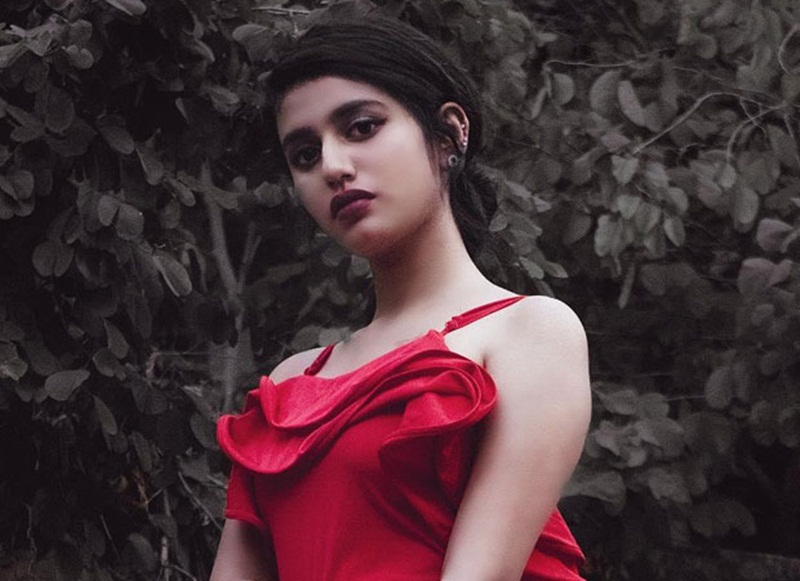 Priya Prakash Varrier, who became an internet sensation overnight with the song from her film Oru Adaar Love going viral, has now bagged her second venture in Bollywood. While the actress will already be seen in Sridevi Bungalow soon, the actress is expected to have come on board for a venture named Love Hackers recently. In fact, the internet sensation herself confessed the news in recent reports wherein she also spoke about being the protagonist in it.

Revealing details about her next film Love Hackers, Priya Prakash Varrier stated in this reported interview that the said venture is based on real life incidents. She also described the plotline of the film in brief mentioning that it revolves around a girl who is trapped in an unfortunate situation but bravely gets out of it with her knowledge, instinct and presence of mind. It is being said that the film primarily revolves around cyber-crime and its consequences.

Elaborating on it, director of the film Mayank Prakash Srivastava too maintained that many in India, who are active social media users, are left unaware of the cyber-crimes and that’s what they are keen on exploring in Love Hackers. He further also mentioned about how security breaches in society have become so complex that has also led to many cyber-crimes. The details of the rest of the cast of the film are yet to be revealed.

On the other hand, the next film of Priya Prakash Varrier, Sridevi Bungalow is expected to have run into legal trouble owing to the title of the film. However, the actress promoting the same and the film is expected to be making positive progress. The release date of this Prashanth Mampilly is yet to be decided.